Interview with Dwain Chambers – Race Against Me

You are here: Home / Book Reviews / Interview with Dwain Chambers – Race Against Me
0
SHARES
FacebookTwitter 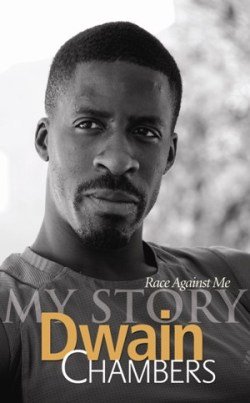 Dwain Chambers new book Race Against Me: My Story

is published by Libros International and will be released on March 2, 2009. You can pre-order the book from Amazon.com

We all know the story of Ben Johnson in 1988. He served a 2 year suspension and came back to the sport in a hero’s welcome to a sold out indoor 50 meter race in Hamilton, Ontario. He also earned a spot on the 1992 Canadian Olympic Team, but failed to advance past the semi-finals at the Games. Ben Johnson had a second chance at the Olympics.

Dwain Chambers didn’t get that second chance, despite winning the 2008 Olympic British 100 meter trials in 10.00 (video on BBC)

I had a chance to ask Dwain a couple questions prior to his book launch.

Speedendurance.com: Dwain, you competed in Sydney 2000, did your time, then “qualified” and won the British 100 meter trials for Beijing 2008 in a very respectable 10.00. However, we all know you stayed home, and the response from some of your teammates were quite different in comparison to Ben Johnson’s story (i.e. Darren Campbell, Kelly Holmes)

Can you tell us how you felt during this time? From the time leading up to the decision, and finally when you heard the news that you were not be going to Beijing? How agonizing was the wait?

Dwain Chambers: It was a very hard time but it made me a stronger person. I was obviously upset but within days was thinking about the World Championships in Berlin.

Speedendurance.com: Let’s talk about the book. There is a book by American baseball player Jose Canseco

, where he named names and “told all”. Is this book going to be similar?

Dwain Chambers: It’s an account of how my life to date and how I went from the golden boy of European athletics to an outcast. This is the real story that I have not been able to tell and that has been brushed under the carpet. It will send shock waves through the sport. It was a therapeutic exercise getting it all off my chest I’m glad I did it.

Speedendurance.com: How about training? Are you self coached? How do you find the motivation to train hard every day, knowing that you may not run in another Olympics, or even be excluded in some of the big upcoming meets? Who do you seek for guidance?

Dwain Chambers: I do my own coaching and it works for me. I train hard, usually 7 days a week. I have a family to look after and they are my inspiration to win medals. My family and friends guide me everyday and on the track my training partner Daniel Plummer is always on hand.

Speedendurance.com: Does your book cover the time you were training under Glen Mills, Usain Bolt’s coach? What do you think it will take to run a 9.69? Faster acceleration and top end speed? better speed endurance over the last 40 meters?

Dwain Chambers: Yes the book does cover this period of my life. I know I have the speed… it’s the mental approach I am in the process of mastering. I will get there and a lot of people will be very surprised.

Speedendurance.com: What is the take home message from the book do you have for the Youth of today? A lot of people don’t realize you were running very well prior to your move to America and the BALCO incident. You ran a 9.97 for a bronze medal at the 1999 World Championships in Seville.

Dwain Chambers: The ultimate message is that drugs ruin athletics and lives. Kids should believe in their own ability and be patient.

Dwain Chambers – Race Against Me: My Story

is published by Libros International and will be available from all good book shops from March 2nd 2009 priced £18.99.

If you have any questions for Dwain, please post them in the comments below, and we’ll try to get Dwain back to answer them.