Armin Hary from Germany, the Rome 1960 100 meter Olympic champion, was considered the fastest starter due to his reaction time to the gun and quick acceleration out of the blocks. He earned the nickname “Thief of Starts” from the term “Thief of Hearts” and was often accused of jumping or anticipating the gun.

Armin Hary also won a 2nd Gold medal in the 4x100m relay when USA was disqualified for an illegal baton pass.

In high speed photography, Armin Hary’s sequence for his quick start started from both knees, then toes, then fingertips, and finally his legs.

I assumed the fingertips would be the first to move as your brain hears the gun, then the neuron signals travel down the spinal cord, first to your arms before the legs.

Take a close look at Usain Bolt’s starting block sequence, as I consider this a “normal” start for a 200 meter guy.

The IAAF false start rule of 0.100 is just a hypothetical number based on the fact that no human can react that fast to the sound of the gun. Any faster would mean “anticipation”. Hary’s reaction time was recorded at 0.04 seconds compared to the average human of 0.132 seconds, which may seem physiologically impossible, but we all know there are genetic abnormalities out there. 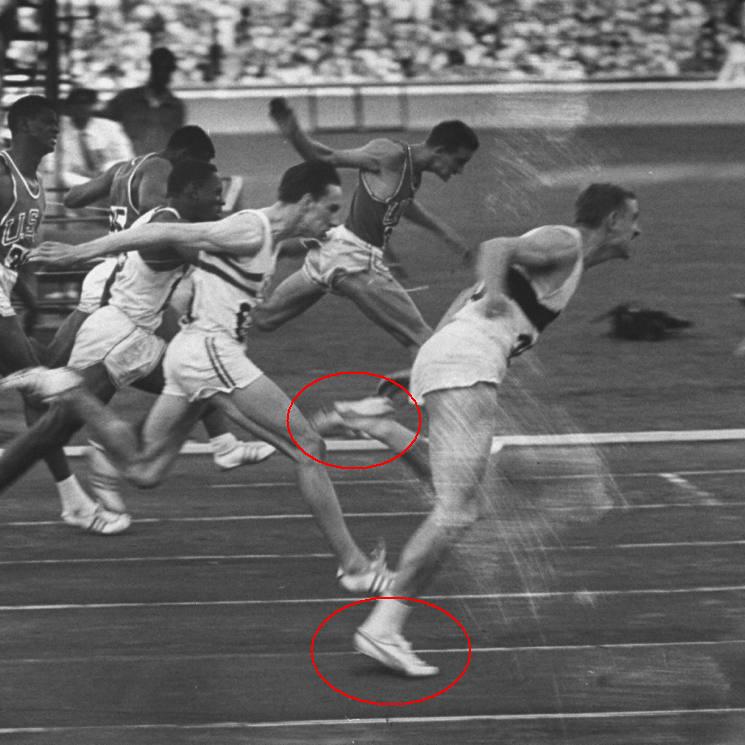 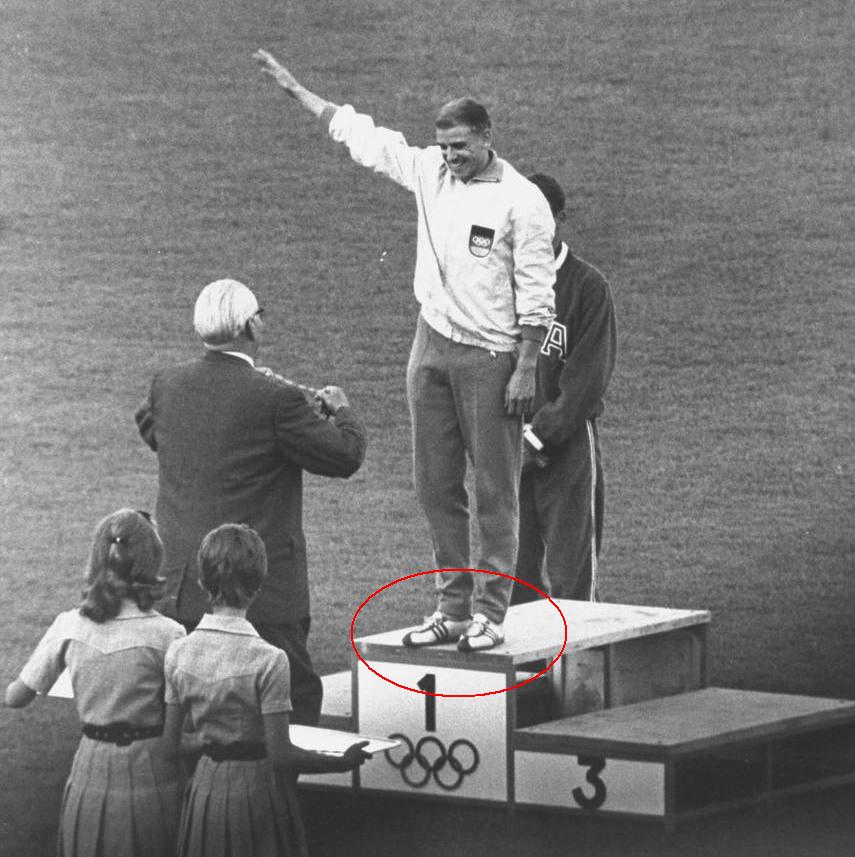 During the Olympics, Armin Hary was in the middle of an Adidas-Puma controversy when he “attempted” to be paid by both sides. He wore PUMA spikes on the track in his 100 meter final, but wore Adidas shoes on the victory stand when receiving his gold medal.

See also  How Long Does it Take to be a World Class Sprinter?

Armin Hary was suspended by the German federation after the Olympics for padding his expense account. He would claim train and transportation fare, but get a free ride to the venue anyways and pocket the money.

The suspension wouldn’t really matter, as he was retired at that point, primarily from a car accident.

Push came to shove when he was found guilty in 1980 of a 3.2 million DM (Deutsche Mark) swindle and sentenced to 3 years in jail.

From Penthouse to Outhouse in 20 years!