Mouse over each of your favorite team, and you can see the entire series of games highlighted. When the tournament begins on Thursday Tuesday, you can get a great analysis of the game details. (Do we really care about the Alabama St. and Morehead St. “play-in” game outcome?)

The tournament is a single-elimination format with no consolation games. If this was the Olympics, you would have the 2 losers of the semi-finals play in a useless “bronze medal game”. Interesting concept for more TV revenue! 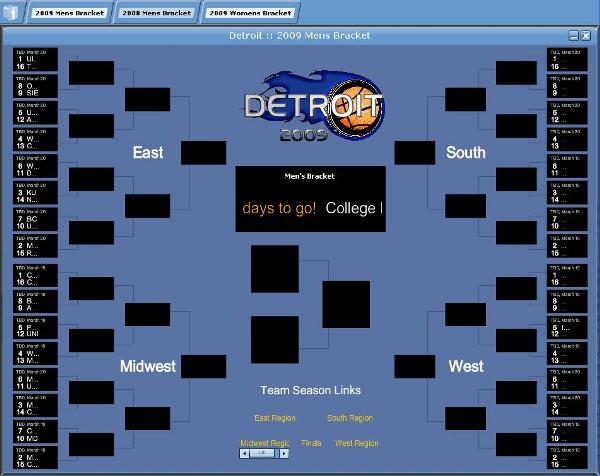 See also  How to Fit Speed Training Into Basketball Practice