Bill Bowerman is more famous for co-founding NIKE and coaching long distance runners, but he did coach sprinters and field events.  I covered Harry Jerome and Otis Davis in previous articles.

From these tables of training patterns, all of which produced world-class runners, we learn three things:

• A flexible plan is there, but it must be followed.
• Success is in direct proportion to the talent present.
• If the training pattern is not enjoyable, no lasting success is possible. 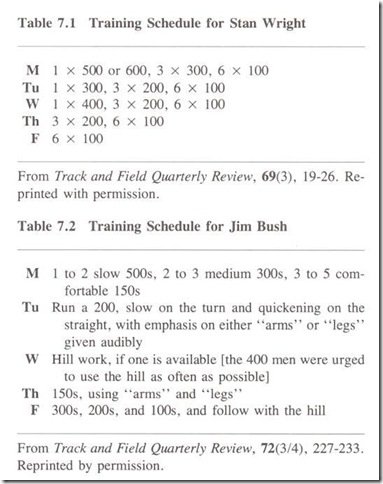 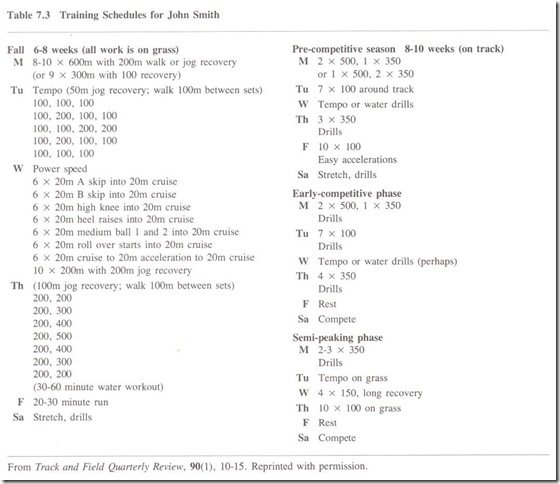 Pretty vague answers from The Great One, no?

He doesn’t say long to short or short to long.  He doesn’t talk about speed work or mental toughness.  He talks about the obvious.

But I firmly believe you cannot have a donkey winning the Kentucky Derby.  See bullet point #2.

Thus, raw speed or genetics has a huge impact on whether you will succeed as an elite 400 meter sprinter.

But I don’t want to send kids away to soccer or football.  A good well laid-out training program will improve any athlete.  After all, improving is what it’s all about?

Because improvement brings out so many other qualities such as self-esteem, confidence, and goal setting, just to name a few.

And of course, the coach’s real role is not to screw up your athletes.  Most athletes will improve with any training program with realistic training loads and sufficient rest.

See also  InsideTracker: How to Track and Improve your Testosterone & Zinc levels, Naturally

But whether they make it to the Olympic podium is another matter.

Bill Bowerman was a legendary coach at the University of Oregon and producer of many national champions and Olympians during his 25-season tenure. Winner of numerous track and football state championships as a high school coach, he won four NCAA team titles and produced team members for six consecutive Olympic Games as a collegiate coach.

He was co-founder of Nike and the author of Jogging, which launched the running boom in the United States.

>> Bowerman and the Men of Oregon: The Story of Oregon’s Legendary Coach and Nike’s Cofounder

Bill Freeman coached track athletes for 30 years, working with athletes from the middle school level through the Olympic Trials levels.

A professor of exercise science at Campbell University in North Carolina, his other books include Peak When It Counts : Periodization for American Track and Field (4th ed)

, which is required reading for USA Track and Field coaching certification, Physical Education and Sport in a Changing Society (6th Edition)

with Bill Dellinger, and the previous editions of this book, starting with Coaching Track and Field in 1974.