Gone are the days when you finished a road race and you were given a popsicle stick with a number scratched on it.

Or, in cross country, you had to line up in order inside the finish line chute… no butting in or cutting the line, as that would screw up the placements.  And team points.

The technology of Radio-Frequency Identification (RFID) chips are now mainstream.  We see these tiny chips strapped to your shoe in road races (non-stadia events), and even the 10,000 meters on the track.  Just pray you don’t lose a shoe!

In the Beijing 2008 Olympics, they used RFID with sensors on the track  for the 10,000 meters splits on every lap. 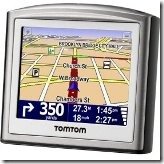 Global Positioning Systems (GPS) are now mainstream in all cars and car rentals.

How can this be applied in Track and Field?

If you are familiar with Lynx, or FinishLynx.com, they have spun off a subsidiary called IsoLynx.  They recently tested this technology at Boston with Bernard Lagat (and 2 others) in the 5000 meters.  I would love to see this implemented for 10 meter splits!

Or attached to (American) football players to see the real 1st down in a pileup.

Lynx, founded by MIT grads almost twenty years ago, has high hopes for the new system, which it describes as "radar for sports."  Players wearing the battery-powered, ultra-wideband tracking chips — which are a bit smaller than a book of matches — can be located in a stadium within about six inches.

"It’s sort of like having a localized, indoor GPS system," says Brian Rhodes, a Lynx project manager who has been supervising the testing of the system. "You get location updates 25 times a second, and with that we can tell how fast someone’s moving, or how fast they’re accelerating."

At the Reggie Lewis Center, the chips talk to six wireless data receivers located around the building. The collected data about players’ location can be viewed in real-time on a laptop, to give announcers information about estimated finish times, for instance, or can be replayed afterward by a coach to help runners identify the points in a race where they may have slowed down.

The company is initially hoping to deploy the system for track and field events, football, and horse racing.

Note in the article how video is available 25 times a second.. the same as NTSC!  (PAL is 29 frames per second)  Also, the accuracy is within 6 inches or 15 cm.

Check out the YouTube video for an indoor 5000m for a good sample of what it can do.  Imagine this for Usain Bolt’s and his 10 meter splits?