Was Arthur Lydiard Right All Along?

You are here: Home / Track & Field / 800m-Mile / Was Arthur Lydiard Right All Along?
3
SHARES
FacebookTwitter 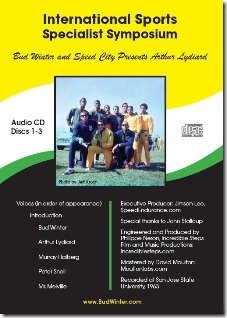 If you had a chance to listen to the 2 hour speech from Arthur Lydiard, you might think his success of producing Olympic medalists was having the right people at the right time.  Or it was from his high mileage base training and overall approach to training.

Lydiard favored a high mileage base to create the “tireless state” theory.  As well, he recommended avoiding too many speed intervals too early in the season.  Don’t over race.  Train, don’t strain.

Basically he was bashing the current USA system.  And that was 1963.

He is currently an Associate Professor at the Department of Internal Medicine and also the Director at the Human Performance Center at University of Texas Southwestern.

So you would think he has high regard to Sport Science, but that is not the case.

In a recent article, Snell’s argument was why are the Americans producing more middle distance runners?

"Look how pathetic the US is at middle distance [track]. They have all the talent, the best sports science and all those university athletes coming through – and they still can’t produce a decent middle distance performer; they are screwing it up.

You can also hear more from Peter Snell and Murray Halberg from the Lydiard speech during the last hour of the Q&A period.

Which leads me to my next thought… was Arthur Lydiard right all along?