My Favorite Track and Field Stadiums (and strange ones)

You are here: Home / Witty / Commentary / My Favorite Track and Field Stadiums (and strange ones)
26
SHARES
FacebookTwitter

I’m feeling a 1994 deja-vu all over again today, with the Vancouver Canucks hockey team losing again in Game 7 of the NHL Stanley Cup finals.

So this post will be about my favorite track stadiums in California and around the world.  I’ve been to eight of them with the exception of Spain listed below. 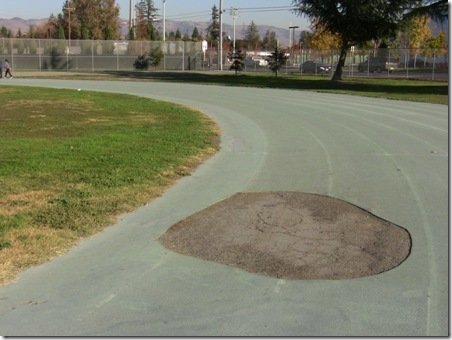 Fastest Track in the World for 800 meters (today)

What is so special about this track?  You can read my Myth Busters – 800 meters in Rieti report.  And it’s not the pasta. 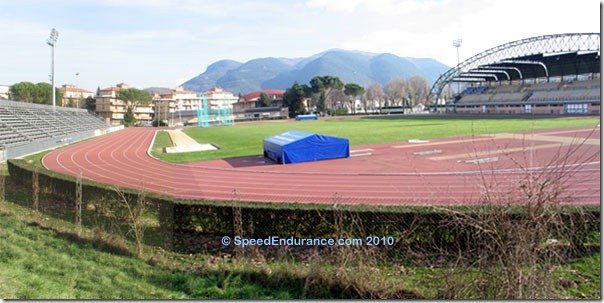 Best Track for Atmosphere and Nostalgia

Something about Cal Berkeley’s track just brings the best out of you.  There’s the rich history behind it, with a world class facility and natural grass.  (The restrooms and toilets could use an upgrade, though)

Before the tennis courts were installed, there used to be a 220 yard straightaway where the 100m is today.

NOTE: This is a “track only” stadium, where football, soccer, or field hockey is not allowed.  Yeah!

Best Track for the View and Weather 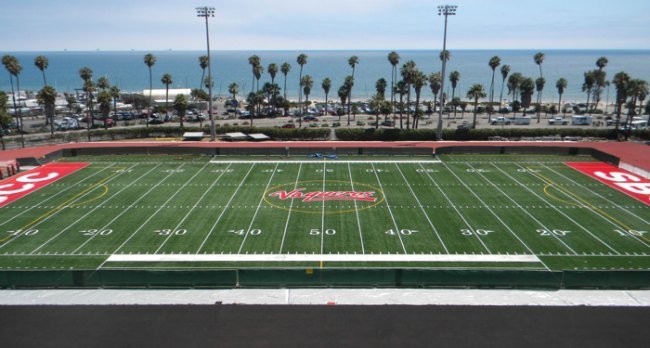 I was lucky to spend the summer in Santa Barbara in 2003 for one of my Foundation projects.  My biggest pet peeve about the Santa Barbara City College track is that it has artificial turf (like San Jose City College), so it can never be used for Track and Field throwing events.  I guess Football has better gate revenues.  Money talks.

Honourable Mention for the View and Weather

The College of San Mateo gets honourable mention as my second favourite stadium to train, with the views from the Bay Area. 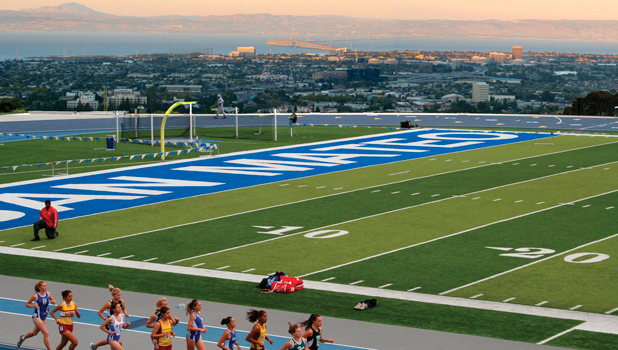 This is not a Photoshop.  This is Saint Mary’s College High School in Berkeley, California. Best Stadium (and Track) for a Small Town

Bari, south-eastern Italy in the Puglia region, has a population of 350,000.

Unfortunately, their Series A Football team will be downgraded to Series B as they finished in the bottom 3 this year. 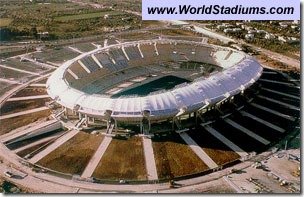 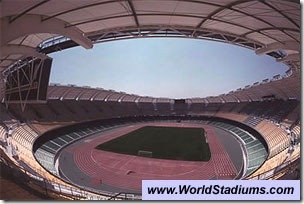