This must be the surprise of the year!

This is the kind of race that reminds me of Mike Marsh in the 1992 Olympic semi-final 200 meters.  Just run your own race and relax.  Relaxation is the key. 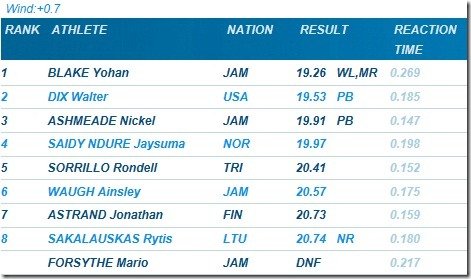