London 2012 and Atos, the Worldwide IT Partner for the Olympic and Paralympic Games, today officially unveiled the Technology Operations Centre – the mission control for all 94 Olympic competition and non-competition venues. The launch follows the first phase of the London Prepares Series, during which the London 2012 technology team together with Atos, the lead integrator and the other technology partners have worked in partnership to deliver the IT for all the test events.

The Technology Operations Centre monitors and controls the IT systems that deliver the results from all the Olympic and Paralympic sports competitions to the world’s media in real time. For the London 2012 Games, Atos expects to process 30% more results data than in Beijing ensuring the world’s media meets the increasing demand of fans for information as it happens. With 8.5 billion PCs, smart phones and tablets predicted to be connected to the internet by 2012, the London Games are set to be the biggest smart Games ever. 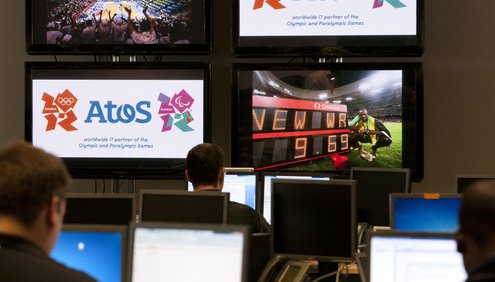 One of the technology improvements for the London 2012 Games is that, for the first time ever in the Summer Games, all 26 Olympic sports and 5 of the Paralympic sports have been added to the Commentator Information System (CIS). Managed, centrally from the Technology Operations Centre, the Commentator Information System provides commentators and journalists with touch-screen technology that gives results in real time, so quick they can see the results before they hear the roar of the crowd. It is also the first time broadcasters will have access both in London and their home countries to the system for all Olympic and 5 Paralympic sports.

See also  The Indoor 60 meters: Where are the Fast Times?

During Games time, the Technology Operations Centre will operate at full capacity with about 450 business technologists covering 180 positions, to manage and monitor 24/7 the technology infrastructure and systems including IT security, telecommunications, power and the results systems. It will be staffed by a combined team comprising the London 2012 Technology team, Atos and the other technology partners.

More info can be found here.  Here is a tour of the new Technology Operations Centre (Facebook and RSS readers, click here):