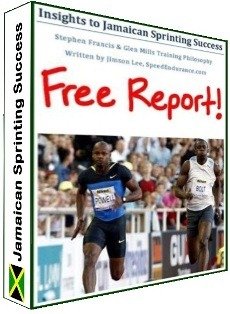 When I wrote the Jamaican Sprint Secrets ebook, which you can get for free when you sign up for the free monthly newsletter, the section on Stephen Francis was based on older interviews during the peak years of Asafa Powell.

The 2011 World Championships in Daegu was a disappointment for Stephen Francis’ team MVP when you compare it to Beijing 2008 in terms of medal count.

Melaine Walker was the only medal winner with a silver in the women’s 400m hurdles.  In Berlin 2009, she had won Gold.

So what happened to Asafa Powell at Daegu?  100m hurdles champion Brigitte Foster-Hylton?  Or Kaliese Spencer for the 400m hurdles?

Trackalerts.com recently interviewed Asafa Powell, and he admitted that his training group has moved slightly back to “old style program”.

He didn’t divulge too much details, as the training methods are a closely guarded secret next to the Coca-Cola recipe along with Colonel Sanders Kentucky Fried Chicken.

“Coach (Stephen Francis) made a few slight adjustments and it’s working. Everyone is training well, everyone is healthy and that’s a good sign."

Asked about the adjustments made, Powell only said "just with the program".

“What I can say is that we doing something similar to what we did back in the days.”

So if you want to read what was the “old style program”, sign up for the free monthly newsletter and download the 36 page report. 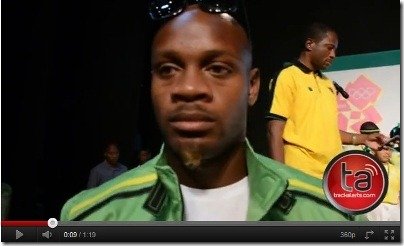