The 6 pack abs, or a “washboard stomach”, seems to be the holy grail for the average non-athlete.

For athletes, especially sprinters with above average muscle mass and below average body fat, a six-pack (or even 8-pack) appears to come with the territory.

We don’t train for 6-pack abs. It just comes naturally. But we want fast times! So that doesn’t mean we don’t do countless abs and core work.

I believe you need to have SOME core work that covers all the angles and rotations in sprinting. 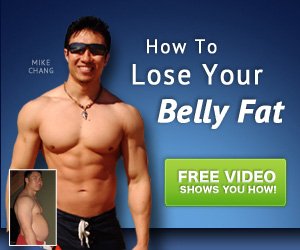 So this article is a continuation of Isometrics and Ab Core Exercises – The Hidden Secret and Core Muscle Training: How much is Enough?

So how much core work is enough? This is a famous picture of Usain Bolt at the 2011 Rome Diamond League. I am surprised he did a pre-victory lap before starting his warm up. But he won anyways… Just barely.

My aim is usually 500 reps 4 days a week, or about 2000 weekly reps, plus a couple of isometric planks. I feel that’s enough!

Before you gasp in horror, 500 reps in a day isn’t that much because it’s 10 sets of 50 reps. That includes crunches, chin-knees, toe touches with med ball, med ball throwing side to side with a partner, spider crawls, and so on.

If we are indoors, yes, we will use a Swiss or physio ball, and take advantage of the med balls. So what does 2000 abs a week look like? On the left is a picture of me, taken in my first meet in M40. I’ll update with a new picture for M50 in 2 years, which is pretty much the same except a few more gray hairs.

I added a watermark to the picture, as I’m afraid to have scrapers stealing my photo for a Mike Chang Fat Loss product!

The variations are endless and you want to work upper abs, lower abs, the obliques, and the lower back.? If you end up working hip flexors because of the crunches, that’s great.? (Some coaches may think otherwise…)

But how much ab work is enough?

When you think of Basketball, with all that jumping 48 minutes a game several times a week, is it really necessary to do vertical jump training?? Their legs are already trashed.

How about a decathlete who trains twice a day six days a week?? (see the Day in the Life of Jessica Ennis)

So the question is: How much ab work is enough for someone who trains 30 hours a week? In 10 different events?

That’s why it’s refreshing to see the Trey Hardee 2 minute ab routine. (Coupled that with a 4 minute workout, and the average Joe Schmuck can have a six pack on only six minutes a day, 3 times a week?? Hmmm… )

Below is a video of Trey Hardee’s 2 minute Ab routine, courtesy of AthleticsWeekly.com. 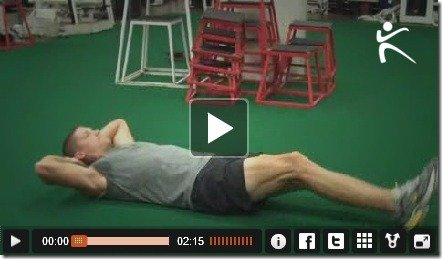