This is part 2 of How to Run Faster… at any Age.

UKA’s David Lease, famous for Jason Gardiner’s coach, mentioned in his podcast the most important element in sprinting is coordination (thanks to Mark Collins who sent me the interview.  NOTE: UKA audio and videos are restricted to UK residents)

To sum it up, Sprinting the 100 meters is approximately 45 large hops or bounds, synchronized to optimize air time, ground contact time, and distance covered.  It’s all about “covering ground” as fast as possible (Tom Tellez used that term at the 2008 SuperClinic)

So if you want to run faster, consider improving coordination, especially at a young age (i.e. pre-teen) to develop neuron myelination.  Myelin is the material that forms the myelin sheath layer of a neuron and nerve cells.

This is why I feel physical education (i.e. gym class) should be taught in schools, at least every second day.  Even in my Junior College (CEGEP), gym was a required course as one of my 7 courses every semester to graduate.

Listen to the Experts

But don’t take my word, or David Lease’s word, on why coordination is so important in developing young sprinters. 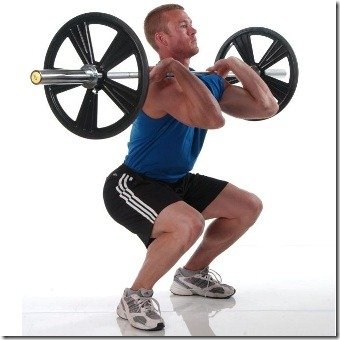 In a recent article on ESPN, they quoted my coaching partner Derek Hansen on our new site www.strengthpowerspeed.com

Michael DiRocco talks about the importance of an Olympic-style lifting program with the Florida Gators. (article here)

"Total body movement, so when you pair [Olympic lifting] exercises, you’re going to get a complete, total athlete.  Not only are they going to be strong, they’re going to be fast and explosive."

Proper technique is a must, Gadeken said, but once lifters perfect the technique, they can progress into heavier weights and the result is explosive power and better conditioning.

That’s a perfect match for football. Most plays last between four and seven seconds, and players, especially linemen, must be quick and strong off the ball.

According to an article written for StrengthPowerSpeed.com by Derek M. Hansen, Olympic weightlifting movements are done quickly with heavier weight and require significant coordination and muscle control. That helps athletes with such quick movements as sprinting, jumping or firing off the line of scrimmage.

Hansen also wrote that Olympic lifting results in a strong core and better coordination and balance.

"Olympic lifters are some of the most powerful, explosive lifters on the planet," Gadeken said. "They’re able to lift a lot of weight, and they’re able to do it quickly and explosively. That mimics football."

"It’s rough to do a set of five or four power cleans or snatches," Gadeken said. "That’s very, very taxing on the body. It’s hard to do. It’s mentally challenging. It’s going to get your guys mentally stronger because they completed the workout."