Watching 8 athletes line up in the 100 meters is interesting to watch.  You can see the various pre-race routines, including doing tuck jumps or simply doing an explosive  vertical jump before settling into your blocks.  The reason is for Post-activation Potentiation (PAP), and it gets all the neurons and muscle fibers ready for an explosive event like the 100 meters.  (You can read more about Dynamic Warm-up, Static Stretching and Post-activation Potentiation in my podcast with James Zois.)

Last year, I wrote a satirical piece on Jeremy Wariner, asking how high can he box jump?  This was followed by 2 videos of Ato Bolden and Dwain Chambers doing at least a 60 inch box jump.  Impressive.

Of course, the box jump numbers are much different compared to a vertical jump test.

At the 2012 Eurpoean Championships, here is a great photo (courtesy of the IAAF) of France’s Christophe Lemaitre and UK’s Harry Aikines-Aryeetey.  It looks like a David Copperfield illusion where he has a hidden harness and invisible wires and he attempts a levitation trick. 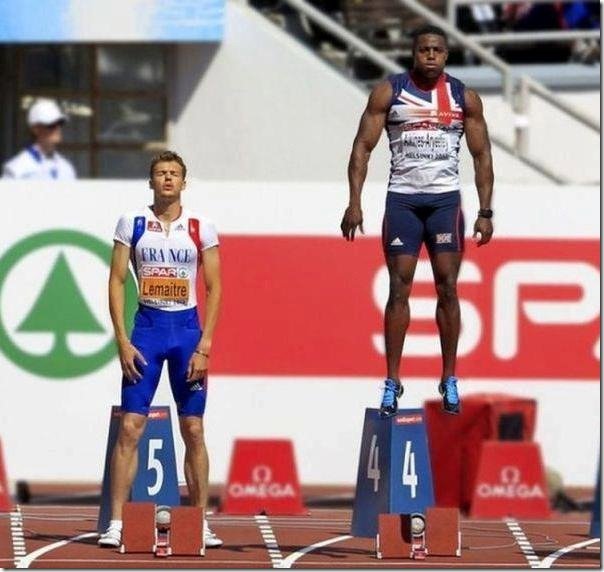 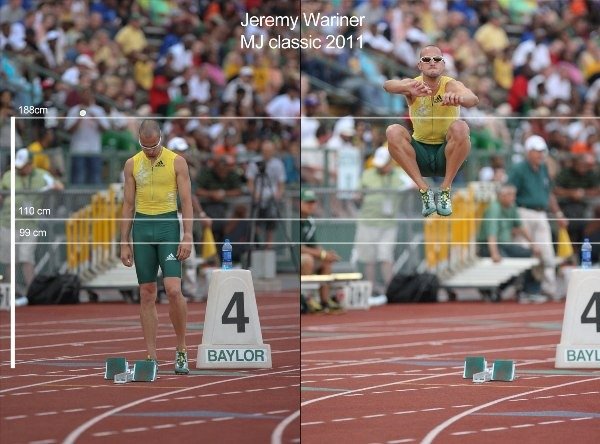