This years Long Jump competition at the 2012 London Olympic Games was a memorable and fairly unbelievable one to say the least. Not because of huge jumps, record performances or personal bests. Instead it was unbelievable because of the incredible (in)consistency of performances sub par of their ability, right across the board. (no pun intended)

During the Friday night Long Jump Qualifications, I was sitting in the stands, and I knew something was not right with the results.  The IAAF A standard is 8.20m, and the 8.10m was the automatic qualifier for the Final round.  (Top 12 performances go to the the Finals)

Here are some amazing stats from the competition:

So why didn’t we see a lot of great performances?

So the important question is why? The weather seemed good. Wind was slight and temperature was warm. The atmosphere was amazing and the competition was supposed to be of the highest order.

I don’t know the exact answer but my first guess is the lightning fast Mondotrack, which is great for sprinters, but could be a hindrance for jumpers.

See also  How to Use Starting Blocks: Case Study #1

You may remember the 1991 World Championships where Mike Powell and Carl Lewis had the best jumps in the history of the long jump.  That was the same track surface where 6 men broke 10.00 seconds in the 100 meters, and that was 21 years ago!

This track is fast, super fast. Looking at every 100m race and we can clearly see this.

But why would this be a problem?

Well, although everyone believes the long jump is a pure speed event this isn’t actually true. Yes speed is very important but it can hurt the long jumper just as much as it can help them. Even an increase of 0.03 or greater faster than usual could cause many problems.

The first problem is handling the takeoff. Too fast at takeoff means flat jumps, bad technique and a lack of control. You could manage to get lucky a nail the takeoff at this new speed and boom, huge jump. We actually saw this a couple of times from Aleksandr Menkov, once from Da Silva and once from Tyrone Smith. The problem was they were all fouls!

This leads me to another issue.

Too fast on the runway can cause a bunch of issues with approach rhythm and consistency. This was very evident when watching Mitchell Watt and Goodwin as their approaches were all over the place. Many others clearly had issues as well with approach consistency. We saw a lot of over steering also. This only shows that many of the jumpers realized their approaches were “different” in some way. There is a good chance that the speed of the track played a large role in the poor performances.

Regardless of all the voodoo science and armchair critics, it all comes down to that one given day, with the 6 best jumps.

All 12 athletes have to deal with the given conditions on that given day.  And be the best compensator. 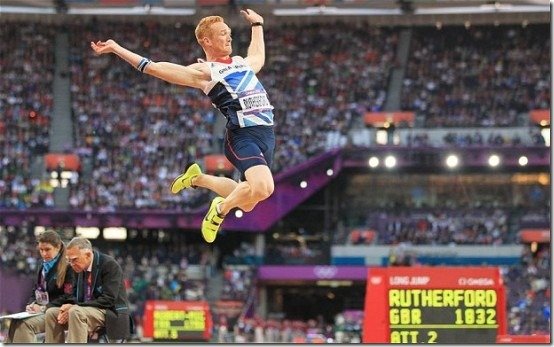