USA vs Jamaica: Was Project 30 a Success?

You are here: Home / Doug Logan / USA vs Jamaica: Was Project 30 a Success?
0
SHARES
FacebookTwitter

In Beijing, USA won 19 out of 23 medals from speed and power track events… events that use starting blocks.

Was Doug Logan’s “Project 30” initiative a success?  I think so, as USA have diversified their medals in the field and middle distance events.

"I feel a certain sense of validation that the direction I took and the way I did it was correct," Doug Logan told The Associated Press in a telephone interview Friday.

"When I challenged the federation to perform up to its potential, I knew it had an Olympics like this in it," he said. "But a lot of people, including my own board members, thought I was arrogant and ill-informed."

The real surprise is that the USA is approaching a number it hasn’t hit since 1992 despite winning only one medal in the men’s 100, 200 or 400 individual sprints!

Here is a quick snapshot: 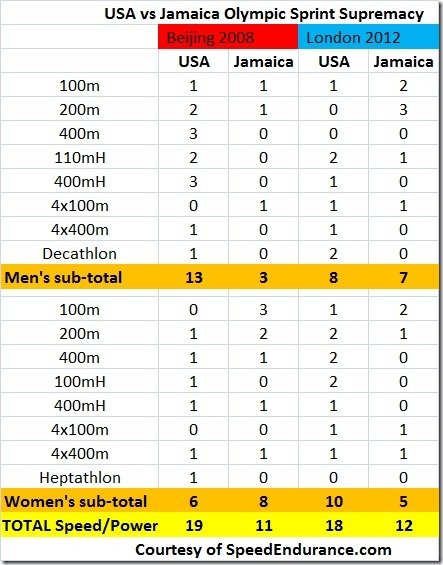