The 2012 Rieti IAAF World Challenge historically is one of the highlights of the year.  It’s always the last European meet (the Asian invitational meets are in late September) and has produced some of the best 100 meter and 800 meter world leading times, thanks to Asafa Powell and David Rudisha in 2010.

(See also my videos from Rieti 2009 as well as my Rieti Mythbusters story with the old Mondo surface.)

This year, with a brand new 8 lane blue Mondo track, the meet falls after the Olympic Games and the Brussels Diamond League finale just 2 days ago.  Many big name stars were not here to compete but nevertheless it was a top notch well organized meet.  The small cozy stadium means there was a not a bad seat in the house.

I was in the mixed zone area for the early part of the race for most of the sprints.  I wanted to catch up with Lerone Clarke and Aleen Bailey (who came 4th and 1st respectively) but they were selected at random for Doping Control and were whisked away under supervision quickly!  I met Aleen Bailey in April while in Florida who is coached by Davoan Spence.  My good friend Randy Hadley oversees her S&C program.

I did manage to catch up with my longtime friend Diane Cummins, who was my teammate in 1997 when I moved to Vancouver.  She was a converted long jumper back then and moved to the 400m and later 800m.

I think we’ll see her move up to the 1500 meters one of these days!  Never say never to a 41 year old Olympian!

Here is the 800 meter video on Vimeo:

In my mind, Christophe Lemaitre stole the show during AND the after his race.  Lemaitre won in 10.03 (-0.3m/s) which was a season best which means he didn’t break 10.00 this year.  Mind you, his main focus was the 200m at the Olympic, and we know what happened after drawing Lane2 for the final.

But after he crossed the line, and after the media had a chance to interview him, it was the autograph and photo-op seekers who literally mobbed him.  Two hours after his 100 meter race, he was still getting mobbed by people, and I quickly took a few photos of Christophe Lemaitre and the “basket girls” (you  know, the ones who stand behind the starting blocks with a laundry hamper).

If you want to see the story of the “Basket Boy” who managed to get Usain Bolt’s hat (we call them “Tuques” or “Beanies”) in London 2012, click here for the YouTube video. 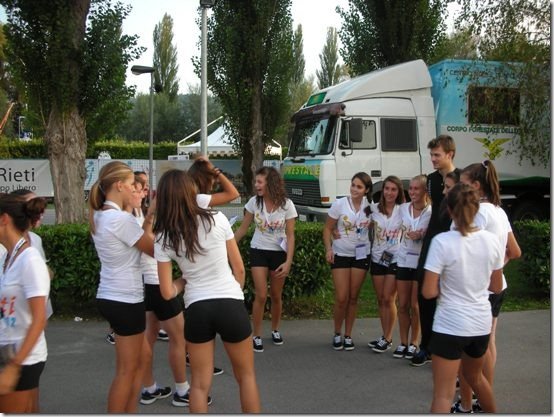 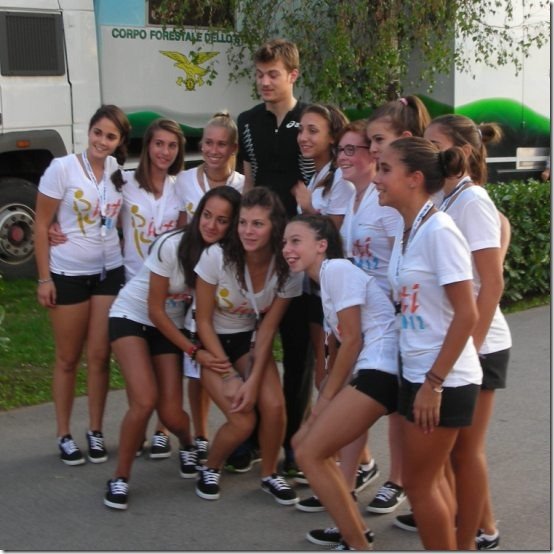