Social Media at the Olympics

You are here: Home / Coaching / Social Media at the Olympics
2
SHARES
FacebookTwitter

A lot can happen in 4 years.

Take a look at the power of Social Media, namely Facebook and Twitter, during the London 2012 Olympics as compared to Beijing 2008.

Everyone who knows me well enough knew I was trying to hype up the Bolt-Blake 200 meter race.  And it worked.

But what were the top 3 Twitter posts during the games?

Number 2:  Usain Bolt and Yohan Blake and the 200m Final with 80,000 tweets per minute (I was responsible for part of it… heh heh)

Number 1:  The Spice Girls Reunion, with more than 116,000 tweets per minute at the Closing Ceremony.

The Lesson?  Music, Entertainment and young fans rule the world, at least at the social media level.

If you are curious, Texas HoldEm Poker is the mot popular Fan page with over 65 Million Likes.

For shoes and clothing, Adidas Originals has over 15 million, Nike has over 10 million, and Puma has over 7 million. 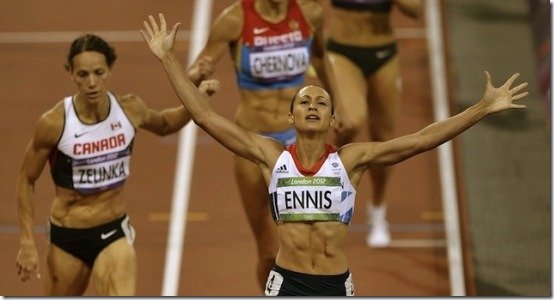 One of the biggest goof ups was Jessica Ennis and her marketing group, Sports New Media. They had pre-programmed her Facebook Fan page with scheduled updates just when she was ready to compete in her 7 events (or 6 events and a 2-lap run according to her coach Toni Minichiello). That’s easy to do when you know the schedule.

But Jessica was also scheduled to compete in the individual 100mH two days later, which she eventually scratched due to exhaustion.

So Jessica’s Facebook Fan Page said “I’m getting ready to compete in the individual 100m Hurdles”. There were a lot of angry followers with #FAIL messages!

Oops… stuff happens.  Technology does not fail, it’s the person between the keyboard and chair.  Get over it people.

From Ben Rooney’s article in the WSJ:

According to Alex Huot, IOC Head of Social Media, London 2012 and paves the way for future. The IOC used existing social networks, not just Facebook and Twitter, but Tumblr, Instagram, Google+ and Foursquare, as well as Sina Weibo in China and others. Mr. Huot said they sent out messages in Russian, Chinese, Portuguese as well as English and French.

At the center of the strategy was the Olympic hub, a curated site where all social media interactions of the athletes were collated and was searchable by games, by sport, by team or by individual. This, said Mr. Huot, would be a permanent legacy and be carried forward from one Olympic games to the next so that in time, he hoped, there would be a page for all Olympians.

See also  The Greatest Marathons Around the World [INFOGRAPHIC]

There are ambitious plans to turn the hub into a mobile app. “Imagine walking past a swimming pool and being told that a great Olympian trained there,” said Mr. Huot. “This is how we keep the games alive.”