I was saddened to hear the news about Louisiana State University (LSU) Semoy Hackett testing positive for the banned stimulant, Methylhexaneamine again, at the 2012 NCAA Division I Outdoor Track & Field Championships this past June 2012.

Semoy Hackett, representing Trinidad and Tobago, had made the finals in the 200 meters in London 2012 finishing 8th.

But this wasn’t her first offence.

On August 13, 2011, Hackett tested positive for the same stimulant, Methylhexaneamine, at her National Track and Field Championships in Port of Spain, Trinidad.  Thus she served a six-month ban for that offense.

I wrote about DMAA, Methylhexaneamine and Death last February.  2011 will be remembered as the Year of the Methylhexaneamine Positive Tests coming directly from products containing Methylhexaneamine or resulting from supplement contamination.  I heeded a warning last year in my 4 part series on Sports Drinks.

Methylhexaneamine (also known as DMAA or 1,3-Dimethylamylamine) is a powerful CNS stimulant similar to a mild amphetamine and is banned by the IAAF.

This in not to be confused with Methylxathines which is a technically a bronchodilator and considered to be a “mild” stimulant, and NOT banned by the IAAF.

Caffeine is part of a group of compounds called methylxanthines, and so is Theobromine (chocolate) and Theophylline (Tea and chocolate)

Some clearly mark 1.3 dimethylamylamine on the label, others are hidden in their proprietary blends so you have no idea of the ratios…. but it’s still there!

Also, if “Geranium” is listed as an ingredient on the label of a supplement, be advised that the product may contain synthetic methylhexaneamine. Dimethylpentylamine was discovered originally in geranium flowers, so that is the connection.

Everyone is in a race to build the next mind blowing energy drink, and one has to look into a bodybuilding magazine to prove my point. 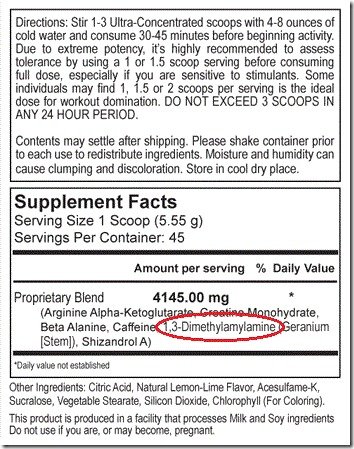 Nutritional label for the old Jack3d

Above is the label for old Jack3d.  But note how it is labeled 1,3-Dimethylamylamine and not Methylhexaneamine?  In all fairness, their new Jack 3D Micro does hot have this ingredient.

If you want to take something legal, here is a short list of legal supplements you can take on race day to improve your performance (links to previous articles are underlined):

Last February, I wrote about The Science Behind SNAC’s PED (Performance Energy Drink), and Why it Works 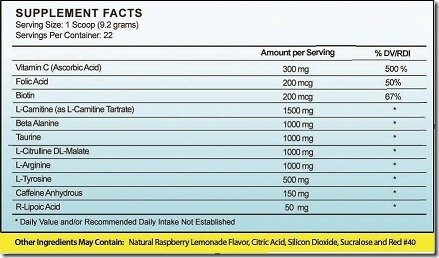 The first thing you’ll notice on the label is there is no mystery “proprietary blend” formulation behind the secret sauce.  Every ingredient  is labeled.   Thus it is 100% safe and legal in the IAAF.

Any product that contains any of the following ingredients on the label may be reported as an Adverse Analytical Finding for Methylhexaneamine: