The Effect of Muscular Pre-Tensing on the Sprint Start

You are here: Home / Coaching / The Effect of Muscular Pre-Tensing on the Sprint Start
21
SHARES
FacebookTwitter

This article courtesy of the Canadian Athletics Coaching Centre and Human Kinetics.

This article is a study in the effectiveness of pretension in lower leg muscles during a sprint start. In the study, the subjects perform sprint starts with varying levels of force applied to the block pedals while in the ‘set’ position.

Although the findings do not suggest an advantage for a pre-tensed start versus a conventional start, the study offers an interesting look into the force demands of each method. 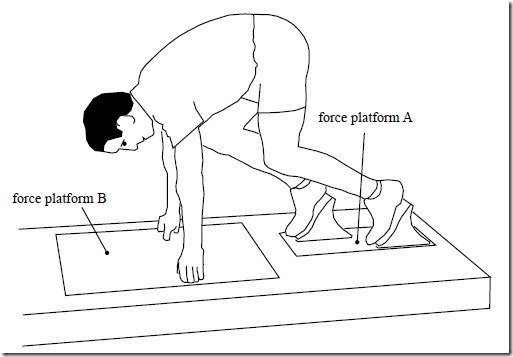 In summary, the pre-tensed and conventional starts produced similar performance for the subjects in our sample. The increased propulsive force exerted through the legs in the early part of the acceleration phase in the pre-tensed starts did not result in a clear-cut advantage because it was counteracted by an increased backward force exerted through the hands during the same time period.