First, I want to thank Ian Dube and Bill Goss from USATF-GA (Georgia) for this podcast.  Visit their website at www.usatfga.org and their Facebook Fan Page at www.facebook.com/USATFGA.

Last month they had Kenta’ Bell on the Teleseminar and I really enjoyed the 20 minute talk followed by a Q&A session format with all the callers. (at least, the ones who dared to speak up)

but the rest of the world is catching up… names like Innocent Egbunike of Nigeria, and Gabriel Tiacoh of the Ivory Coast (who passed away in 1992 from viral meningitis). 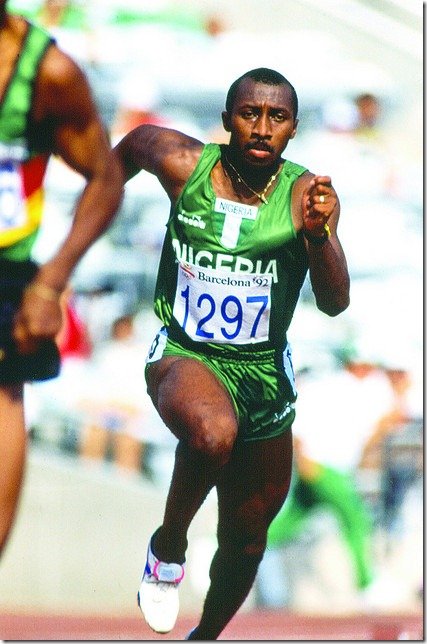 If you have athletes who are afraid to go out hard for the first 200m, please show them this video!