This article was written by James Smith of Athlete Consulting LLC.  James is also the Senior National Physical Preparation Coach for the Portuguese Rugby Federation.

Visit www.powerdevelopmentinc.com for more information.  Be sure to read all of James’ previous articles on this Blog. 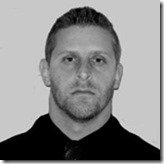 Three coaching perspectives may be considered in the endeavor to enhance the speed and execution of competition maneuvers of non-track athletes, that of the track coach, the technical-tactical coach, and the conditioning coach; and in all cases, the individual must understand applied sprint training.

Any track coach knows that a sprint champion was never created in the weight room; and that all work done off the track can only serve as a means toward the greater ends which exists on the track. While weights, and strength training in general, may play a vital supplement in a sprinters preparation; they must remain in the background. Exceptions are limited to sprinters who are restricted in their preparation to extreme cold weather environments with limited or no indoor running space; however, a sub-9.8second 100m man has yet to emerge from such a place so take that for what it’s worth in terms of what can be accomplished void of more optimal training conditions.

Historically, a track coach was one of the prime examples of a programme manager in that he or she was the sole authority who governed over the near totality of physical loading sustained by the athletes.

This status is preserved in most cases at the club and high school (primary/secondary) level; however, since the institution of the S&C realm of coaching the loading experienced by many collegiate track athletes has risen.

All the training variables being under the programming and organizational supervision of the same person presents measurable advantages. Technical-tactical loads (track work), as well as all other loading (jumps, throws, weights, calisthenics, …) are strategically planned (intensities, volumes, densities, …). The result is highly predictable training and race outcomes. Knowing this, it is evident that knowledge of track, as well as field, training strategies are highly beneficial for the programme management preparation of non-track athletes who similarly must peak for competitions.

In non-track, particularly team sports, however, the misnomer has been popularized that the peaking of physical readiness and player execution ability is out of reach.

Technical-tactical coaches are, to the detriment of their athletes, typically not required to understand sport physiology or biomechanics. Thus, actual technical “knowhow” (applied biomechanics) and physical loading strategies are qualities that would greatly enhance the skill set of technical-tactical coaches . Alternatively, what has and continues to stand at the forefront of ‘coaching education’ in this realm is the study and advancement of tactics. While a technical-tactical coach, head coach, is theoretically in a position to programme manage, the list of other responsibilities that often comes with the job, particularly at the higher levels, would prove such a task difficult and beyond the skill set of most candidates due to their incomplete education.

Due to the predominant stress of tactical understanding, and not technical or physiological, many technical-tactical trainings are planned void of accounting for the physiological implications of the work. It is for this reason; in particular, why many pre-season training camps, regardless of sport yet surely highlighted by team sports, feature some of the highest instance of non-contact related traumas.

Conditioning coaches exist in the periphery regardless of sport and thus any loading he or she presents is in excess to what is already occurring in the technical-tactical realm. The obvious exception are off-seasons, which differ in length and kind according to sport, in which technical-tactical loading is reduced or kept to a minimum. Conditioning coaches “should”, however, make candidates for programme managers in that they “should” possess the requisite knowledge of training load programming and organization; however, many coaching education curricula fail to provide this type of global understanding of sport physiology/biomechanics in favor of the more narrow scope of exercise physiology. This is illogical even void of the concept of programme management as knowledge of exercise science/physiology, as most curricula are administered, tells us nothing about sport science/physiology.

Track and technical-tactical coaches typically view training from an outside – in perspective (ergo the track, field, court, is outside of the weight room and therefore track, field, court work is prioritized), while most conditioning coaches education and subsequent practice typically works from the inside – out (weight room first then everything else). This is, in part, because educational curriculums are flawed and many coaches take the words far too literally within their practice. This is stated because while certain sports/disciplines require more in the realm of muscular strength and force outputs than others, there are no sports/disciplines which rely solely upon work done in the weight room other than Olympic weightlifting, Powerlifting, and Strongman. 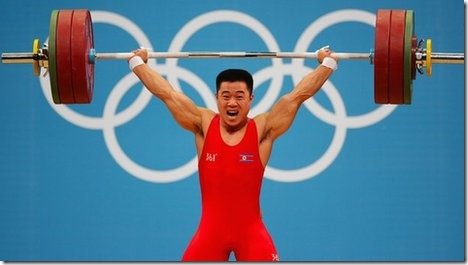 Ultimately, it stands to reason that the optimal approach is neither outside in nor inside out- but rather all encompassing/global.

Knowledge of sprint training is an excellent means of understanding the global concept of programme management and how it may be applied to the realm of non-track athlete sports.

Late Canadian sprint coach Charlie Francis used the glass of water analogy to describe this very phenomenon in the context of sprint training and additional CNS intensive loading. Fill up the glass with an abundance of one and there is little room left for another because CNS resources are finite. Overflow the glass and the athlete is trashed.

The sprint actions in the vast majority of non-track sports, played on a field, court or ice, are limited to short accelerations; most of which are less than 30meters. For this reason, if it is determined that additional speed work is justified during a period of technical-tactical loading; it makes sense to look at how that may be accomplished.

From a programme management standpoint, which is by far the most efficient course of action, the technical-tactical loading is adjusted, from a proportionality standpoint, in order to ensure that the largest portion of high to maximum intensity running is reserved for the speed work itself. In this way, the remainder of technical-tactical loading is restricted to sub-maximal realms of intensity (that do not conflict with the speed work) which offer a broad range of possibilities including but not limited to movement outputs related to power speed, aerobic intervals of competition maneuvers, and strictly technical work that is limited in physical output (all of which provide excellent means of low cost-higher volume training and associated exposure to skill advancement opportunities).

From a physical preparatory standpoint, in which the technical-tactical loading is fixed and not open for debate, the trainer must exact any additional sprint loading (in terms of method of execution as well as volume) with surgical precision. In this way, considering there is already an appreciable volume of accelerations being performed as part of sport practice the options are as follows:

For the purposes of speed development in the presence of technical-tactical loading provided the athletes already possess sufficient sprint mechanics:

For the purposes of ground based reactive/elastic and explosive locomotive output in the presence of technical-tactical loading:

For the purposes of acceleration development as a skill in the presence of technical-tactical loading:

Provided time constraints are not limiting, it is even manageable to perform low volumes of these sorts of activities at the conclusion of a warm up for technical-tactical training.

For the purposes of the development of rhythm/relaxation during off-seasons and *speed in certain cases: