This is his 5th article.  Click here for his entire series. 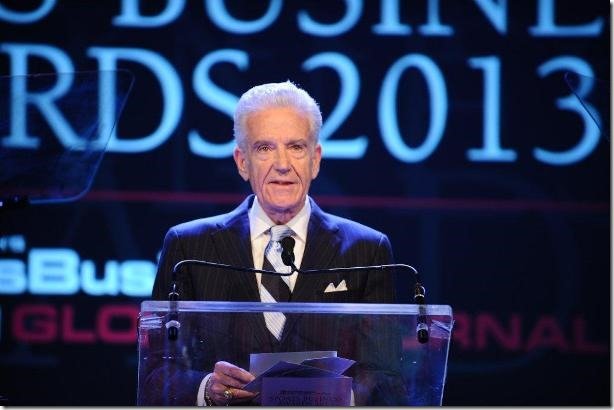 There are many ways that optimism is differentiated from pessimism. A quick look at Dictionary.com informs that optimism is “a disposition or tendency to look on the more favorable side of events or conditions and to expect the most favorable outcome”, while pessimism is the “tendency to see, anticipate or emphasize only bad or undesirable outcomes, results or conditions”. There is a moral cast to these tendencies as optimism is further defined as “the belief that goodness pervades reality”, while pessimists believe that “all things naturally turn to evil”.

These concepts have been subjected to memorable comments by mighty and learned men. Voltaire is quoted as saying, “Optimism is the madness of insisting all is well when we are miserable”. The poet/statesman, Vaclav Havel once wrote, “Hope is definitely not the same thing as optimism. It is not the conviction that something will turn out well but the certainty that something makes sense regardless of how it turns out”. Norman Cousins said, “Optimism doesn’t wait for facts. It deals with prospects. Pessimism is a waste of time”. And, my personal favorite from Henry Ford, “Whether you think you can or you can’t, you’re right”.

The two greatest American politicians of the last 50 years, Ronald Reagan and Bill Clinton, both achieved remarkable success driven by philosophies that saw brighter days ahead. Despite their ideological differences they both convinced us our finest hour was yet to come and that we would persevere and thrive as a nation. Their political “brands” were rooted in this optimistic mantra [Reagan’s “It’s Morning in America” and Clinton’s “Bridge to the 21st Century” and “Don’t Stop Thinking about Tomorrow”]. And finally, both were able to overcome second-term scandals, Iran/Contra and Monica Lewinsky, by exuding a confident belief that things would turn out just fine. They were both right.

In the business world there are frequent competing institutional tensions that fight for cultural control of an organization. On one side are the revenue drivers and growth advocates who I fondly call the accelerators. This cohort, by necessity, is driven by optimism. On the other side operate the pessimistic cost cutters and legalistic obstructionists who are the brakes. I frequently give advice to those whom I mentor that they should embrace the accelerators and neutralize the brakes. The reasons I suggest neutralizing rather than opposing the pessimists are that you are never going to convert them, they are dangerous adversaries, and the best you can do is have them on the sidelines.

I have never met an elite athlete who was not an optimist. Regardless of the sport, they all are convinced they can win their next race, overcome an injury, will their team to victory, become the next champion. Sports Psychiatrists advocate and teach visualization techniques where one “sees” the path to victory, the correct golf swing, the crossing of the finish line. Each season in team sports is preceded by optimistic anticipation by fans, the time where “hope springs eternal”. Success in athletics requires “short memory” of losses and defeats so one can mobilize positive and optimistic expectations of the next shot, the next game, and the next season. Even old guys hit the start button on their stop watches expecting a personal best every day.

There is a fascinating new book, Up: How Positive Outlook Can Transform Our Health and Aging

, by Hilary Tindal, M.D., M.P.H. It turns out that those same qualities of optimism that we employed in sports competition can be mobilized to improve our overall health and increase our longevity. Dr. Tindal, a cardiologist at the University of Pittsburgh, is an expert in the nascent science of outlook. Her extensive research shows that optimists live longer and healthier lives than pessimists. Moreover, she posits that one can take steps to improve one’s outlook and thereby one’s longevity.

In a prior post I shared that I had done some unscientific fact-finding to determine why some individuals were aging happier than others. One of the qualities that I found to be common with most happy seniors was that they were generally optimistic about their lives and what the future held in store for them. Dr. Tindal’s research validates my findings and provides scientific reasons for this phenomenon. She supplies a short questionnaire for readers to rate their own tendencies. In the spirit of openness I will share my results. In the area of optimism I scored 28 out of 30 where a score of 26 is optimistic. In the quality of self-compassion I scored 3.42 out of 5 which is moderate [I blame this result on my guilt-ridden Catholic upbringing]. I scored 4.5 out of 5 in extroversion, 4.5 out of 5 in conscientiousness, and 5 out of 5 in openness, all considered high marks. Additionally, my score for agreeableness was only 3.25 out of 5, relatively average, and 1.0 out of 5 in neuroticism, showing a total absence. For those who come up short in any of these tendencies, Dr. Tindal provides a program that she calls “seven steps to attitudinal change”.

See also  Aries Merritt: I Want to Run the Most sub-13 Ever

In one of her studies of over 100,000 middle aged and older women, Dr. Tindal and her colleagues discerned a unique character trait in pessimists that she calls cynical hostility. This is a type of anger that involves a deep distrust of other people. It stems from a belief that most people are selfish, dishonest and unworthy. Women who had the highest levels of cynical hostility, compared with those at the lowest levels, were 16 percent more likely to die over eight years of study follow-up. It makes you want to start worrying about the longevity of some who post blog comments.

I generally dislike the “self-help” book genre. I only favor those that agree with my point of view or the way I approach life. This one is a gem!