SHIN SPLINTS REDUX: Not Two, Not Three, Not Four…

This is his 6th article.  Click here for his entire series. 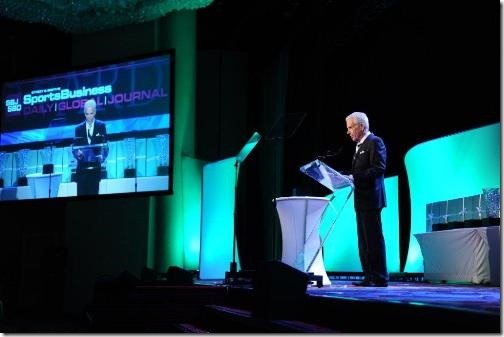 Not Two, Not Three, Not Four…

I attended and graduated from a Catholic, military boarding school, La Salle Military Academy in Oakdale, NY. In 1959, as a 16 year old junior, I was involved in a discussion with a group of my classmates. The topic was goal-setting and we shared our individual goals for our future with each other [we sometimes delved into topics that made us feel more adult and important]. When it came time for me to reveal my goals I earnestly proclaimed that I had three: to make a million dollars, to be quoted in Sports Illustrated, and to lose my virginity to Kim Novak.

Two out of three ain’t bad!

That cheeky lad has learned a lot since. However, I have spent a good part of my adult life chasing self-designed objectives. I remember the first time I read the following quote from Soren Kierkegaard and decided that it would drive a significant part of my professional life. “To dare is to lose one’s footing momentarily. Not to dare is to lose oneself.” When I was running companies and organizations I would keep an outline of my goals for the year, written on cardstock, in a visible place on my desk. I frequently had parallel goals for my personal life. Rare was the morning I would wake up without thinking about those goals and how I was going to advance on them that day.

In 2008, shortly after taking the reins of USA Track&Field, I determined that our squad, after winning 23 medals, had not performed to its potential in the Olympics in Beijing. I empanelled a group of senior leaders in the sport to examine our development programs and methods of team selection. As a consequence, we professionalized athletic development, devoted additional cash resources to elite athlete training and changed some archaic practices.

However, the most important element necessary to insure better outcomes in London was the need to set new and aggressive expectations. Accordingly, in December of 2008, I very publicly set the institutional goal of 30 medals for 2012, and ,oh so cleverly, called the quest Project 30. I received my fair share of brickbats for having the audacity to challenge the status quo ante. Last August the US team performed at near peak levels and won 29 medals. Regrettably, I had worn out my welcome by then and was not around for the festivities. My hearty congratulations go out to the athletes and coaches.

Many people become uncomfortable with the act of setting public goals. They shun the pressure and think it is unseemly. They are disciples of the premise that one should under-promise and over-deliver. I believe that “safe” path is usually driven by cowardice and false humility. Those who choose that road fall into the group of people that Teddy Roosevelt described as “timid souls who know neither victory nor defeat”. To aspire greatly and fall short is not failure for true fulfillment is in the journey rather than the destination. Babe Ruth pointed to the stands to show where he would hit the home run; John F. Kennedy boldly said we would cavort on the moon before the decade was over; General MacArthur said we would return to the Philippines. All three put their reputations and legacies at risk in a public way.

See also  Best ways to Recover from a Marathon

This brings me to LeBron.

In the summer of 2010, LeBron James, then a free agent NBA superstar, manipulated the league and wangled his way out of Cleveland to sign with the Miami Heat. There he joined forces with two other All-Stars, Dwyane Wade and Chris Bosh, late of the Toronto Raptors. James made his announcement in a showy, made for TV, program on ESPN and clearly stated his goal was to “win championships”. There was substantial criticism of LeBron from fans in Cleveland, the usual pundits and the “suits” [team administrators and managers] that usually controlled what players went where. James had bypassed the “plantation mentality” of professional sports [the buying, selling and trading of human beings] and exercised his power and leverage to go where he wanted. In an audacious press conference after his arrival in Miami, when asked how many championships he expected to win, James cockily answered, “Not two, not three, not four….”

The Holy Grail of NBA greatness is generally measured by championships won. Michael Jordan has six rings; Kobe Bryant has five. This superb athlete was merely saying publicly that he was striving to achieve comparable greatness and reach those heights. And, he was creamed by the press for having the temerity to brashly articulate his objectives.

So, how is he doing?

At the relatively young age of 28 he has reached the NBA Finals four times and won two championships and two series MVP awards. Not too shabby! This year’s finals went seven superbly played exciting games. In game 6, the Heat were 23 seconds away from elimination when LeBron carried his team to a tie in regulation and a win in overtime. He is the best basketball player of his era and may yet challenge Jordan for the best of all time. And, he has his goals out there in public for all to see.