SHIN SPLINTS REDUX – And They Were Singing…

You are here: Home / Doug Logan / SHIN SPLINTS REDUX – And They Were Singing…
3
SHARES
FacebookTwitter

This is his 7h article.  Click here for his entire series. 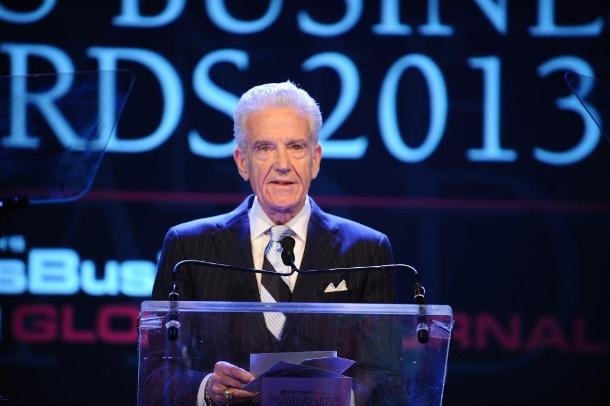 And They Were Singing…

In the course of a fulfilling professional career I have leaned on the guidance, inspiration and influence of a great many people. And, as I climbed the ladder of responsibility, I identified three individuals whom I emulated. Two are now deceased; one still lives a vigorous life. With all apologies to Don McLean, here are the three men I’ve admired the most.

For a guy trying to get a toehold in the sports and entertainment business, I aspired to reach the stature of an individual who was a virtual Prince of the profession. Michael Burke had one of those resumes that seemed so impressive that it could not have been real. He was athletic growing up and a good enough half-back at the University of Pennsylvania that he received a tryout with the Philadelphia Eagles [NFL]. During World War II he served in the OSS, operated behind enemy lines and was decorated with the Silver Star. He worked for awhile in the ‘50’s as a General Manager with Ringling Brothers and Barnum & Bailey Circus and also as an executive with CBS.

When CBS bought the NY Yankees in 1966 they promoted Burke to team President. He served in that capacity for six or so years. He became a minority partner with George Steinbrenner in the purchase of the Yankees but later, after quarrelling with the bellicose “Boss”, sold his 5% interest for $500,000.00. He then became President of Madison Square Garden, The New York Knicks [NBA], and the New York Rangers [NHL]. Burke retired in 1981 to a cottage in Galway, Ireland, where he died in 1987 after a long battle with cancer.

To this day, Michael Burke is the most charming man I have ever met. He was always beautifully clothed, looked you in the eye with genuine engagement and had a mischievous air about him. He is remembered for frequently saying that manners are more important than laws. I got to know him after his retirement during his periodic visits to New York. He dealt with his fatal illness with an incredible dignity. Classy guy.

Graham was born in Berlin in 1931 and named Wolodia Grajonca, although his family called him Wolfgang. He escaped the holocaust, along with some of his siblings, and wound up in a Bronx foster home at the age of 10. I will always remember listening to his stories about his feelings of rejection at the foster home as prospective adopting families would come on weekends to inspect and select the “lucky ones”. He was ultimately released to a caring family, graduated from De Witt Clinton HS and City College and served in the Korean War where he was decorated with a Bronze Star and Purple Heart.

In 1965 Graham migrated to San Francisco where he became an integral part of the cultural/musical/artistic revolution. He soon began promoting shows in multiple venues; the Fillmore, the Winterland Ballroom, the Family Dog, and others. He became the most prominent rock and roll impresario in the world and his company, Bill Graham Presents produced every big show and band of note for almost three decades.

I met Graham in 1981 when I convinced him to play a Rolling Stones date in my venue in Rockford, IL during their Tattoo You Tour. We then went on to do business together for the next ten years. I ultimately bought his food and beverage subsidiary, Fillmore Fingers, on behalf of my then employer, Ogden, Inc. He showed up at the closing in NY in his De Witt Clinton letter jacket. He had a mercurial temper and his telephone tirades [which I occasionally was the recipient of] were legendary. Francis Ford Coppola, the filmmaker, once said, “He was a typhoon of enthusiasm”. During the ‘80’s we spoke generally every other week.

Graham died in a tragic helicopter crash in October of 1991, returning home from Shoreline Amphitheater after a Huey Lewis and the News concert. His funeral was attended by 2,000 music and entertainment luminaries at Temple Emanu-el in San Francisco. Carlos Santana had us all in tears as he played an incredible rendition of I Love You Much Too Much; a plaintive song from the ‘40’s that Graham had taught him. I still have a wonderful photo of him, which had once hung in his office, hanging on the wall of my home office. I still miss him.

I have been around a lot of very tough guys. In combat in the Army; in the construction business; around elite athletes and coaches; negotiating entertainment contracts; I think I have seen my fair share of men with steely resolve. Peter Ueberroth is the toughest guy I have ever met.

He was born in Illinois but grew up in California and graduated from San Jose State. He was a good athlete who competed in baseball, football, swimming and water polo. He formed his own travel company, First Travel Corporation, and when he sold it in 1980, it was the second largest company of its type in the world. But, he gained his fame as “…the man who saved the Olympic Movement.” He was hired by the Los Angeles Organizing Committee in 1979 to extricate the 1984 Games from the mire of prospective debt. His business plan for the event and his execution of an aggressive marketing plan resulted in a surplus of nearly $250M and near flawless execution. For his 1984 success he was put on the cover of Time magazine as its Man of the Year.

In October of 1984, Ueberroth succeeded Bowie Kuhn as Commissioner of Major League Baseball. By the time he resigned in 1989, every team was profitable, record attendance was achieved on four successive years, a troublesome epidemic of cocaine use by players was mitigated, and labor work stoppages were held to a minimum. In the beginning of this century, The United States Olympic Committee enlisted him to serve as Chairman of its Board of Directors, a position he held until October, 2008. He still actively works as Chairman of his investment company, the aptly named Contrarian Group, and is part owner of the Pebble Beach Company.

Ueberroth is incredibly intelligent, persistent in the pursuit of his objectives and has boundless energy. He is a born leader who has little tolerance for incompetence and those who are not prepared. In another age he would have led victorious armies. When I was first hired by USA Track & Field he spent a great deal of time advising me and gave me incredible support during some difficult days. I am convinced that had he stayed on at the Olympic Committee, I would still be CEO at USATF.

They caught the last train for the coast…

So who were “the three men I admire the most”? Were they Buddy Holly, Richie Valens and the Big Bopper? Were they John Kennedy, Bobby Kennedy and Martin Luther King? Or were they the three members of Buddy Holly’s Band, the Crickets, who missed the plane that crashed? Don McLean refuses to tell us. Fans of rock and roll minutia will just have to keep the argument rolling.