Mike Hurst is probably the best known Coach-Journalist combo out there.  But Pierre-Jean Vazel is a close second, as you probably know his name either as an Elite Coach or as a Journalist. Or both. 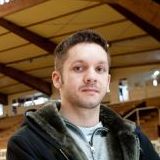 As a writer, he is a sports reporter for LeMonde.fr and the IAAF website correspondent for France since 2004. You can read more about Pierre-Jean Vazel in my Freelap Friday Five interview last year.

As well, Pierre-Jean Vazel will be speaking at the SSG Wind Sprint seminar on July 27, 2013. For more information, click here or click here for the PDF.

He also presented at the TEDx Rennes in April 2013 (photo below) but on a non-Athletics topic. 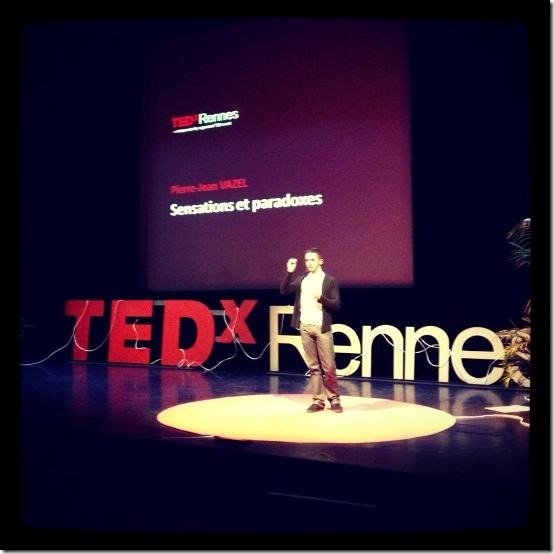 In this article, Fabien Ngô is the one asking the questions, originally in French, then I translated it to the best of my ability.

Q1) What made you move into Athletics (Track & Field)? Who were the key figures: coaches, athletes and others who have most influenced your coaching philosophy and why?

Pierre-Jean Vazel: It was Olusoji Fasuba [from Nigeria, PB 9.85 and 20.52 and  a member of the Nigerian bronze medal winning team in the 4 x 100 meters relay at the 2004 Olympic Games] that led me to my motivation, as it was not planned. About personalities, it is difficult to disentangle, everything inspires me, even the bad things. I had many coaches when I was young, I later learned from others, I remember those who were not condescending to athletes. 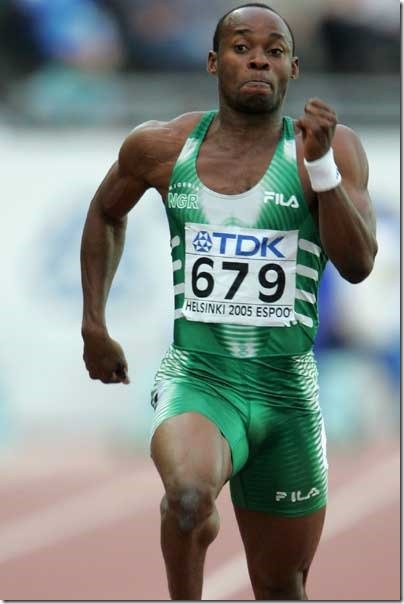 Q2) What are the main points of your coaching philosophy? What characterizes your methods?

PJV: The training is adaptation. Adaptation is between repetitions, series, trainings, etc.. The more we train, the more rest we need to get.. The coach knows what the athlete does not know, and vice versa. Coaches are 100% responsible for the results of the athletes, but athletes are 100% too. The difference is that these results do not belong to the coach, he (or she) should be more detached if possible. His job is completed to the "Call Room", and the rest is history.

Q3) I understand you coach young children at ES Montgeron. So you have this dual experience of elite athletes and high school athletics. This is very special for a coach who has reached this level. Why did you decide to coach at two different levels? Is there any common ground between these two levels? Is that some elements learned in one enriches your vision of the drive in the other?

PJV: My path is backwards: I started coaching a world champion and later young beginners. Training these two groups is also very special. I do not feel I decided this, it was presented to me. There are commonalities in the program, I try to ensure that each session has runs, jumps and throws. My surroundings are different, but it is always equal to the athlete.

Q4) Regarding the long-term development of athletes, there is strong contrast between cultures and countries. One thinks of Jamaica or the United States that seem to favor the performance early and Europe seem to favor the development of the sport before considering the performance. What is your opinion on this? What are the main steps that you follow (volume, intensity, technique, etc …)

PJV: For Jamaica, it would be more nuanced, as the performances of the cadets [youths 16-17 yrs] and junior [18-19 yrs] sprinters are not at the same level as the seniors. It seems to me that there is rather a long-term development. The main steps that I use are classics: all motor skills are developed at any age, but the exercises, the intensity and the volume changes.

Q5) In your Freelap Friday Five interview last year, you discussed the vision that the coaches have on weight training in France. There is a lot of great reluctance on strength training in Western Europe, particularly among young people. There are many myths circulating and it usually scares parents. Do you think it is justified or that otherwise should be introduced very early aspects of strength training such as technical, GPP, etc?

PJV: The different approaches are cultural … The word “force” in French leads confusions as it is used to call “muscular work” and the cause of dynamic movement as in physics, so that notions are usually not understood in Western Europe. Just because the forces measured during the foot ground phase are equal to 4x the sprinter’s body weight, some coaches are trying to put the same weight on the athlete’s shoulders for squats. This is non-sense. So yes, here it is justified to be scared and parents have to worry about that.

Q6) You are known to be self-taught. A lot of information regarding training is broadly circulated on the Internet and a young coach can easily get lost or badly informed. What was your method to make sorts the information that you obtained? What advice would you give to a coach with all this information?

As well, do you have a list of references (books, articles, videos) or interesting to share data?

PJV: It seems to me that we are all self-taught, learning is a syncretism (i.e. the combination of different forms of belief or practice) of an indefinable amount of influences. And finally, one learns by itself, and we know more than we think we know. My information comes mostly from old books and periodicals, conversations with coaches and athletes, the things I see. If you did some research on the internet, the most important is the source, the author. And historically contextualize this knowledge to eventually incorporate it into his own practice.

EVERYTHING is good to read, then you have to sort. I have now accumulated more documents than I have time to live. The important thing is not what we have, but what is done. Articles that I thought to be insignificant proved to be gold mines years later. Not by their content per se, but because their content suddenly coincided with mine. This applies meetings as well. I hope you recognize these meaningful events on your road to success, because you never do it alone. 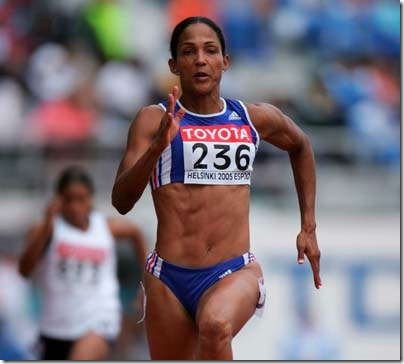 Q7) On learning the running technique there is (1) the coach that knows and what he sees in the athlete and (2) the information it provides to the athlete. These are two separate things and the hardest part is to make the athlete not cogitating too much. How did you solve this dilemma? Does the fact of working with Christine Arron, who is an excellent technician, made you change in your way of understanding teaching technique?

PJV: I don’t look at the problem this way. Some athletes learn the best by hearing, some others by seeing, by doing, or a mixtures of all of them. The coach has to find out which is the prefered learning channel for each athlete and to adapt his intervention. Then you have to know when to be directive and when to let the athlete seeking and finding itself. Be careful not to cut the athlete’s own sensations. Do not be afraid to leave momentarily in deadlocks, in difficulties, in frustration. But above all, be patient.

This is a topic that I find quite disturbing as there are a widespread exercises that supported or not, and there does not seem to be a consensus. And the mechanisms of transfer is sometimes is controversial. If you have a list of correlation coefficients that you could comment, it would be even better.

PJV: My historian stats are a personal activity, I did for 12 years before starting to train. It is not necessarily connected to the training, and no stats are more important than others. Stats are tools : there’s no right or wrong tools, there are only good or bad craftsmen. Concerning the specificity of exercise: The more the better is the downfall. Doing too much specific exercises, the body gets saturated, always in a stress situation without the necessary timing for adaptation, stabilization and updating. Adaptation is not a linear process where the transfer is done horizontally in a mechanical sequence of cause and effect. Adaptation is best understood in a vertical model, where all the elements communicate with each other, so that the qualities of speed dependent on aerobic qualities that may improve a gesture by a process that has nothing to do with this gesture. It is absolutely necessary to have compensatory activities. [JIMSON’S NOTE: the best athletes are the best compensators.]

Q9) You started training Olusoji Fasuba and brought him to an African record. The circumstances had to be difficult and I would like to know how you handled this situation? Regarding training Fasuba "remotely" and it seems to me, correct me if I’m wrong, he had no access to a physio, chiro … or a nutritionist. Yet he remained healthy and broke the record of Africa. What did you do to prevent injuries. And how are you doing it today?

PJV: If people say that I coached Olu Fasuba by correspondence, then some will believe that my role was to send training plans. In fact, except for the Fall season, we saw each other at least every month, and it was over extended periods because we lived together in various homes or hotels in the world. He had no access to physios at first, he also did not want it, so I massaged him and I monitored the training volume and intensity. As a result, usually, he was only doing 3-5 training sessions per week. What was a constraint for us at the beginning eventually came up as a good system, and I believe today that sprinter should not do more. We are preparing the 100 meters, not the marathon or decathlon.

Q10) Can you give an overview of your workout plans. Periodization, a Mircrocyle for each phase of the year,