Jimson Lee Speaks Out on The War on Drugs

You are here: Home / Coaching / Jimson Lee Speaks Out on The War on Drugs
83
SHARES
FacebookTwitter

Earlier this week, I did an interview for Simone Proietti on the Italian website http://www.atleticanet.it/

I am attaching the English version below. 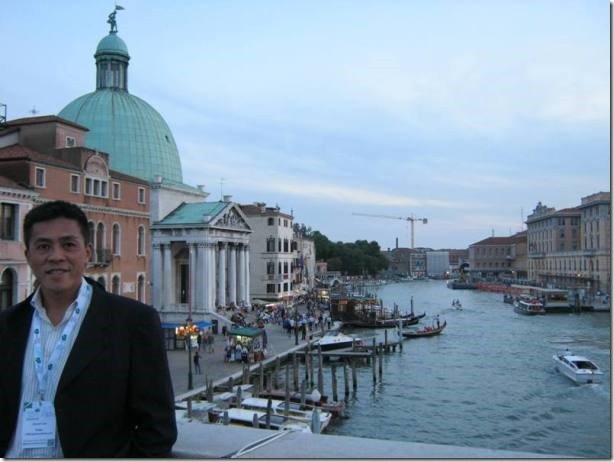 Interview with Jimson Lee (Coach and Founder of SpeedEndurance.com)

Atleticanet:  Ciao Jimson, What do you think about this “storm” in the sprint world [regarding the Tyson Gay, Asafa Powell and 4 other drug positive news?]

Jimson: First, thank you for letting me speak my mind. I’ve blogged over 1900 articles in the past 6 years, so it’s a nice change to answer questions instead of writing down my thoughts first!

I believe there is a lot of doping going on, and Victor Conte had a statistic that I believe is correct: 60% of the top 16 in the world (i.e. the semi finalists) are taking some kind of drug. Unfortunately, there is a "fine line" between drugs and supplements and I think some drugs should be allowed if they cannot prove increased performance in a double blind controlled research, for example DHEA (the one LaShawn Merritt tested positive for, and the one Tyson Gay possibly used as a “testosterone precursor” because DHEA is allowed in the NFL & MLB, but not Track). Stimulants are another questionable drug that should be allowed to a certain degree because caffeine is allowed but others not allowed.

Atleticanet:  Doping is a big box with a lot of chemicals. Which type of them are useful to improve the sprinters qualities?

Jimson: there are only two ways to get better, with or without steroids, and that is getting stronger and powerful with muscle building (but not too much muscle), and recovery.

To increase muscle mass, or preventing protein breakdown (otherwise known as proteolysis), I would list the “substances” under the following categories:

To increase recovery, the drugs are varied, from testosterone, to growth hormone, to insulin, to EPO. Of course they will test for this, so scientists will find variations of the drugs to make them undetectable. Remember, they can only test for KNOWN drugs.

If you are going to take known drugs, you better know your clearance times, sometimes inject them intravenously and not the subcutaneously, and use the "duck and dodge" method. Remember, you can have 2 missed drug tests and no one will ever know. Your 3rd missed test is equal to a positive test.

But luckily, we have a 8 year statute of limitations, so even if you test negative today, they can re-test you 7 years from now and you will fail and get your medal stripped.

Atleticanet:  Stimulants are the banned products traced for some Jamaican athletes, the big scandal of these days. How can these substances help a sprinter?

Jimson: Pharmacology is all about receptors. and the more active receptors you have, the more effective to dose of drugs. This also means you need the right amount of fast twitch fibers, as well as the motor neurons (nerves) that go with it. So by having the right Physiology and Anatomy, then Pharmacology will be more advantageous and more effective.

That being said, anything you can take to help your fast twitch fibers and motor neurons for faster contractions, stronger contractions, better reaction time, the better. A Venti coffee at Starbucks (i.e. 20oz or 600ml) has 415 mg of caffeine. That’s like 4 x 100mg pills of NO-DOZ pills. Add an extra shot of espresso, that’s 75mg, so we are reaching near 500mg, which is the legal limit in the NCAA.

Of course, too much caffeine has side effects, like going to the bathroom. I remember one race where one athlete had a Starbucks coffee with an extra shot and he was experiencing light-headed feelings and feeling dizzy! He ran the 200m and later admitted he felt "spacey" (i.e. light headed) in his first 100m of the race.

Atleticanet:  For you, how much these products can improve a sprint performance?

Jimson: It depends on the age and training age of an athlete, but from my experience, it’s the recovery that makes the athlete, because if you don’t recover, you get injured, and when you are injured, you don’t improve. If you can get 8 solid injury-free years from a group of 20 or 30 kids, I can guarantee you will have 4 or 5 men run under 10.30 or faster with one of them breaking 10.10, drug-free.

So anything that can help you recover, whether it’s daily massage, or altitude tents (to produce more red blood cells), or cryogenic cooling baths, is great. That’s the message the Oregon Project is sending. They are using scientific technology that is legally allowed to help their biomechanics and recovery.

If it was just hard work that makes a champion, then we would have a lot of champions! So obviously there is more than just hard work!

Of course, there are drugs that help you recover as well, and desperate athletes will take them just to win.

Atleticanet:  Do you think there will be a decrease in the average of performances quality?

Jimson: You mean a decrease in performance from athletes getting caught or afraid to use drugs? No, because there is too much financial rewards to be made. Athletes will ALWAYS find an edge, legal or illegal. Just winning a medal at Worlds or Olympics can get you a $250,000 USD shoe contract every year for 3 years! How many people do you know make $250K a year at a regular job?

Atleticanet:  This is a particular form of doping, different of strength doping based on hormones (such as steroids…). Do you think should be also a different importance of punishment or sanction?

Jimson: I know what you mean, you have 3 month bans, 2 year bans and 4 year bans. Personally, every athlete should take a 30 hour course on drugs, the effects of drugs, what is legal and what is illegal, how to choose supplements, then take an exam and sign a form that they acknowledge all the risks and rewards. It’s like a high school diploma for elite athletes. To be a doctor or accountant or engineer you have to go to school and take an exam, so why not sports? Educate!

Atleticanet:  In your website in the past you wrote about a new product, such as a “testosterone cream”, what it is and how much is used in sports such as Track and Field?

Jimson: The problem is for track, they test for a 4:1 ratio of testosterone to epitestosterone (in boxing, some States is 6:1. It used to be 10:1 during the Ben Johnson and Mary Decker era). Usually it’s 1:1. Anything over 4:1 is saying your body is making testosterone without the natural precursor. So it’s coming from somewhere. But you can easily test this yourself with private labs, and keep experimenting until you find the right dose and the right clearance times that can make you test 3.99 to 1 which is a still negative test, and no one will ever know.

By using testosterone cream and gels, you can get the extra dose without testosterone injections and recover faster and train harder the next day.

But before you do that, the CIR (carbon isotope ratio) test for synthetic testosterone will test you positive, but this test is expensive and not always used. If you want to prove synthetic testosterone, use CIR. If you don’t, then you don’t want to catch athletes using this method. Brooks Johnson said it best (on his Tuesday Blog entry)… The only thing missing is motivation and money!

Atleticanet:  In your opinion which type of aspects in modern speed training could be improved?

Jimson: I think it all starts with genetics, which means having the right mother and father. Next to biomechanics (which is always individual based on the each different body) the number one killer is injuries. So if I could find a way to prevent injuries from happening in the first place, that’s the first step, whether it’s too much volume of training on one day, to not recovering enough. How much is too much? There is a correlation between work volume and intensity and injuries. If you have read this far in the interview, it is clear how steroids and drugs can help you.

Other than that, to build an Olympic Champion in the 100m, it must be an individual program, tailored for that athlete. What worked for Maurice Green may not have been best for Ato Boldon, for example, and they were training partners!

Atleticanet:  What do you think about World Champs sprint in Moscow?

Jimson: Well, we do not want a repeat of 2011 Daegu where Usain Bolt false started. That was 2 years ago. So I think Usain Bolt will win the 100 meters easily, now that there is no Blake, no Tyson, no Powell. His only competition is Justin Gatlin.

As for the women’s 100m, it all comes down to who wants to win it the most, and who has the best "mental game". 3 rounds in 2 days, the pressure, and the mind games… it’s not easy.

That being said, the psychological advantages are huge when it comes to drugs. Just knowing you have an advantage is enough to win. When two bodies are equal, the one with the most confidence will win. Dwain Chambers said it best about Maurice Greene. His confidence and aura before the starting line was enough to psyche anyone out!

You have to have it upstairs to beat Maurice. His whole aura can have an effect on your mental focus. If you get caught up in his mind-games then you’ll be crushed. — Dwain Chambers, BBC Interview with Tom Fordyce