SHIN SPLINTS REDUX – The Guy Nobody Could Beat

You are here: Home / Coaching / SHIN SPLINTS REDUX – The Guy Nobody Could Beat
2
SHARES
FacebookTwitter

This is his 10th article. Click here for his entire series. 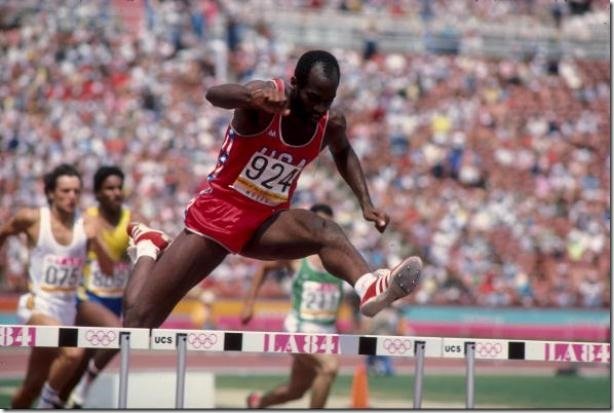 The Guy Nobody Could Beat

If you can force your heart and nerve and sinew

To serve your turn long after they are gone,

And so hold on when there is nothing in you

Except the Will which says to them: “Hold on!”

IF- by Rudyard Kipling

I believe the most important element necessary to win at an elite athletic level is not talent or conditioning or preparation or luck. The key essential for victory at those contests where the pressure and spotlight are nearly overwhelming is the quality of mental toughness. It is an ingredient that is hard to describe and even harder to hone. It requires total focus on the objective and a massive mustering of will to succeed. A win at these competitions is rarely serendipitous; it almost always favors the resolute.

This past weekend at the Open golf tournament in Scotland we witnessed two superb athletes going in opposite directions. Tiger Woods, known throughout his career as the poster-boy of mental toughness, entered the final 18 holes on Sunday in second place and only two strokes off the lead. He proceeded to play a very pedestrian round and finished tied for 6th place. Phil Mickelson, on the other hand, came from several shots back and shot a final round 66 to claim his first Open victory and his fifth Major. Throughout his distinguished career, “Lefty” has been plagued by coming up short on Sunday, including five runner-up finishes in the US Open.

Why the reversal of fortunes? I suggest that Woods has not been the same since he experienced the public shame associated with the exposure of his multiple extramarital affairs and the ultimate costly breakup of his marriage. While he still appears to have the physical talent to win regularly, it seems that when the pressure is the greatest he is unable to mobilize the steely concentration required to succeed under fire. Mickelson has the support of his devoted wife Amy and their three daughters. He has been at Amy’s side as she has battled back from breast cancer, and last month attended his daughter’s graduation even though it required him to take a “red-eye” flight for the opening round of the US Open.

Mickelson has also, very publicly, been fighting chronic psoriatic arthritis. It is apparent that he has become a better golfer and competitor as a result of this adversity in his life. Woods, however, seems distant, distracted and remote. His winning aura has dissipated and he is vulnerable when challenged.

Sports are a showcase for the drama of life and have brought us great examples of individuals who were mentally tough. One of my favorites is Joe Namath, the quarterback for Alabama, the New York Jets, and briefly, the Los Angeles Rams. He is probably most famous for cheekily guaranteeing a victory for the Jets in Super Bowl III, in 1969, despite the fact his opponents, the Baltimore Colts, were favored by 18 points. My favorite Namath anecdote occurred on December 17, 1967. The Jets were playing the Raiders in Oakland when, in the 4th quarter, Ben Davidson, the Raiders’ massive lineman, hit Namath in the face so hard he fractured his cheekbone. Namath reportedly then lunged at the mustachioed Davidson, who outweighed him by over 100lbs. and shouted; “You hit like a girl!”

See also  When to Resume Training from Injury

Over the years, the New York Yankees have fielded many mentally tough players: Reggie Jackson [Mr. October], Paul O’Neil, Derek Jeter, Mariano Rivera, etc. Alex Rodriguez, on the other hand, has been a “soft”, narcissistic competitor with huge talent and a propensity to fold when pressured. The toughest baseball competitor I ever saw play, however, was Bob Gibson who pitched for the Cardinals for 17 seasons. His Hall of Fame statistics [251 wins, 3,117 strikeouts, 2.91 earned run average] included two Cy Young Awards and the 1968 NL MVP Award. He is distinguished by more than his stats; batters hated to step up to the plate against him. He sent a clear message to every opponent:”You are not going to hit the ball.”

The toughest competitor I ever saw was Edwin Moses. I still believe his “streak” of 107 consecutive final race victories in the 400m hurdles over 9 years and 9 months [August 26, 1977-June 4, 1987] is the greatest sports achievement of all time. To me it is more impressive than Joe DiMaggio’s 56 consecutive games with a hit. To stay so focused against any and all comers in races all over the world is the pinnacle of resolve. He was once asked how he would like to be remembered and he answered as “the guy nobody could beat”.

There have been other athletes whose determination I have admired: Larry Bird and Michael Jordan in basketball, the boxers Teofilo Stevenson and Rocky Marciano, NCAA women’s basketball coach Pat Summit, Michelle Akers in women’s soccer, Jimmy Connors in tennis, the French soccer players Zinedine Zidane and Michel Platini.

It remains to be seen whether Tiger Woods can conquer his demons and return to his position as the unbeatable force on the golf course. I doubt it. And, we will all be watching Phil Mickelson to see whether he has turned the corner at age 43 and learned how to harness his immense talent. I’m rooting for him.