SHIN SPLINTS REDUX: We’re Only In It For The Money

You are here: Home / Doug Logan / SHIN SPLINTS REDUX: We’re Only In It For The Money
4
SHARES
FacebookTwitter

This is his 12th article. Click here for his entire series.

We’re Only In It For The Money

Life is full of surprises.

There are a lot of celebrities in the world of music and sports who are very one dimensional and who, quite frankly, are boring to talk to. They have focused so much of their energies into becoming proficient at their craft that they have not taken the time to broaden either their outlook or knowledge. There are, however, some exceptions.

In 1981 I had a lengthy conversation with Mick Jagger prior to a Rolling Stones concert and we discussed two topics. The first was a discussion about safety, particularly the problems with the structural integrity of concert stages. Early in the band’s career apparently they experienced a stage collapse that resulted in serious injuries. Since that time, Jagger has made it a point to personally inspect every stage at every show during sound check. He then proceeded to show me the stretching exercises devised for him by the dancer and choreographer Twyla Tharp. Thirty two years ago he was already preparing like an athlete for that evening’s show.

A year later, in 1982, I was invited to a private dinner in Chicago attended by The Police, the brilliant punk and reggae band, after one of their shows. The trio, composed of Gordon Sumner, aka Sting, Stewart Copeland and Andy Summers had been on a streak of hits, including six Grammy Awards, and less than a year away from their breakup. The bassist, Sting, who would go on to have an extended successful solo career, talked at length about his motivation as a performer. This former schoolteacher gave an articulate description of the feeling of power when one has the attention of a rapt audience. I remember him saying that the only other professions that may experience the same feeling are political candidates or army generals.

In 1996 I was invited to spend some time with Dr. Henry Kissinger in his office in New York. The only topic we discussed was soccer. What a fan! He must have spent twenty minutes reveling in a match he had seen on television between two African teams and went into a detailed description of the strategy employed by the winning Senegalese side.

I remember introducing myself to the singer/bandleader Huey Lewis about a half hour before show time one night. Our conversation quickly turned to one of his passions: golf. I told him I had played both Pebble Beach and Cypress Point, historic courses close to his home. He then described, hole by hole, his last rounds on each course. 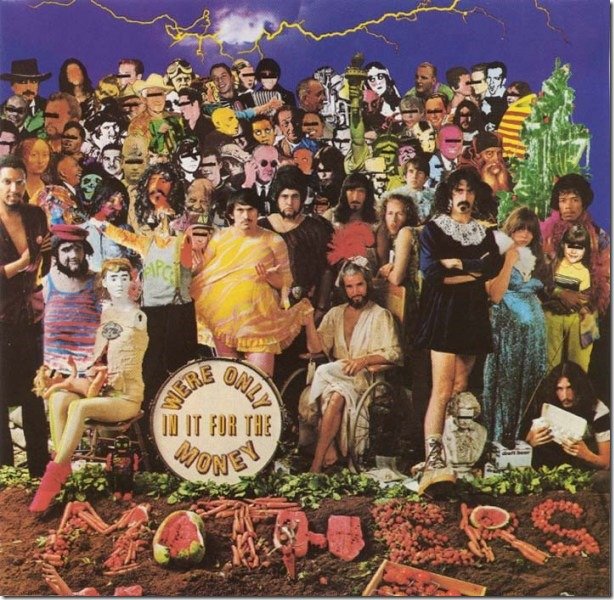 Then there was Zappa.

Frank Zappa was one of the most gifted composers/musicians/visual artists of our time. His body of work, including some 60 albums, spanned rock, jazz, classical and experimental music. His breakout album with his band the Mothers of Invention, Freak Out!, influenced the contemporary music world for decades. Paul McCartney called Sgt Pepper’s Lonely Hearts Club Band the Beatles’ Freak Out!

Zappa was also a talented painter and visual artist. And, he was a quick witted political pundit who was not afraid to express his views with a tart tongue. He once called politics “…the entertainment component of government.” We lost a true genius when he died of prostate cancer in 1993.

In the spring of 1991 I received a call from a friend who indicated Frank wanted to meet me and have lunch in New York. At the time I was managing sports and entertainment assets for a large multinational conglomerate, Ogden Corp. My portfolio included entertainment development projects, management contracts on sports venues, a food concession company and a concert promotion company. We agreed to meet on his return from a trip to Europe.

See also  Why Speed Endurance is Essential for Survival

Zappa arrived for lunch armed with two briefcases and a roll of blueprints. He then commenced to tell me he was returning from Russia where he had some interesting business prospects. He indicated that he had befriended some oligarchs and ultimately negotiated the rights to construct and operate a gambling casino in Moscow. He unrolled the blueprints on the table and showed me schematic drawings for a gambling complex in Gorky Park on the banks of the Moskva River. I had to bite my tongue!

He then began to empty the contents of the cases and showed me pro-forma financials, cash-flow projections, internal rates of return and other complex elements of getting the project financed and built. This guy not only knew the lingo but also knew my business. I had been involved in complex development projects most of my adult life but this guy, who put out an album called Burnt Weenie Sandwich, seemed to be my match! He then made a pitch that we partner the deal; Ogden’s money and his contacts and commitments.

I took my copies of the documents and promised to get back to him quickly. I then returned to the office and walked right in to my CEO’s suite. He looked at me and said, “What’s up?”

“I just had lunch with Frank Zappa. He wants us to be his partner in a gambling casino in Moscow.”

He looked down at papers on his desk and never said a word. Three minutes of silence went by. I then said:

“How can we not look into being partners with a guy whose most famous record is We’re Only In It For The Money?”

See also  2012 Chinese New Year: The Year of the Dragon

Another three minutes of silence. I walked out and returned the documents the next day.