This is part 1 of the Freelap Friday Five Series, Season Three. To review the past 32 interviews, click here. 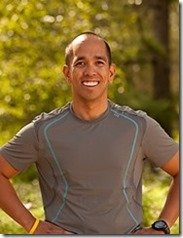 Dr. Jeff Cubos holds a Bachelors degree in Physical Education and Health and a Masters of Science degree in Kinesiology. He is also a Fellow of the Royal College of Chiropractic Sports Sciences (in Canada) and held teaching positions at York University, Seneca College, and the Canadian Memorial Chiropractic College.

More information can be found in Core Training & Spinal Health.

(Q1) “The brain” was a popular topic at the BSMPG a few months ago. What do you see as a good boundary between coaches and medial staff with this topic, especially with concussions? Athletes are looking for the edge and the brain is an area very untapped. Coaches tend to be the first resource for athletes but is this beyond the scope of their practice? Where is the line?

Jeff Cubos: Absolutely. I think it is nice to see the increased recognition of the brain’s role in the various realms of sports medicine and performance but unfortunately, all the talk still outweighs our current understanding…save for the researchers and those front line personnel who are well read. I mean, we all talk about the brain, but do our actions consistently reflect our discussions? Specifically with respect to concussions, I think the answer is somewhat straightforward: Diagnosis and neuropsychological rehab should be left to the medical professionals (clinical psychologists included). From a rehab standpoint, I think it’s okay for coaches/trainers to implement physical conditioning – whatever that means – but only as long as it’s under the direction of the lead clinician. No different than a Performance Director. That all said, what I’m curious about are unknown the effects of contemporary technology (i.e. computer screens, etc) on our nervous system. Are we becoming more vulnerable, less resilient, or possibly “pre-heated”?

(Q2) The Y Balance test is a very good option for clients looking to get valid data quickly, but could technology help here such as pressure mapping to get deeper to the root issues? Video is great and Dartfish is a great enhancement, but what benchmarks are you seeing beyond the original test? Therapists are driving innovation and evolution, where is this going? Will proprioception and pain be factored in with referred symptoms or eyes shut or is this not worth adding?

See also  What is the World Record for 100 Yards?

Jeff Cubos:  One thing I learned from the creators of the YBT is that we shouldn’t make it out to be more than it actually is. However, when I think I have a good command on something it’s not rare for me to put my own spin on something. So to answer your question, I generally add a qualitative (visual – and yes, subjective) component to the (quantitative) YBT. I think it would be great to add video analysis to the test although I will admit that I have zero experience with pressure mapping. I’d like to think that I have a good relationship with the coaching group here in Edmonton and truthfully it’s only a matter of time before I pursue further graduate studies so hopefully what I see and do can be subjected to further formal investigation. Unfortunately, symptoms such as pain are quite subjective and not always correlated with tissue activity so I really don’t know how accurate we can get with our investigations. But back to your original question, my own experiences have found the YBT tests results to be more relevant to sports like ice hockey and soccer.

(Q3) You do a lot of hands on manual therapy being a chiropractor. The person to person touch is a huge component of athletes feeling better. Could you go into the dynamics?

Jeff Cubos:  Truthfully, I generally follow Henk Kraaijenhof‘s mantra of “…it is not so much (important) that one does all that he can, but that one does what is necessary” when it comes to manual therapy. Even though I am a DC, I really only see that as possessing the license to manipulate. So in that sense, whether it be manipulation, soft tissue therapy, exercise prescription…whatever…anything I do is based on what I (and our coaches) feel is necessary. But I do agree that touch often makes athletes feel better. It can be a soft, gentle touch (think of animals “grooming” each other) for parasympathetic stimulation but then again, it can also be a more deep, aggressive tough for upregulation of the sympathetic nervous system. The key in all of this is to have a logical rationale for doing what we’re doing. It really isn’t just about knowing how to do Active Release (as we see so often) because as Michel Foucault once said, “People know what they do; frequently they know why they do what they do; but what they don’t know is what what they do does.” And if we’re not cognitive of the after effects of our interventions, then we just might turn a placebo into a nocebo.

(Q4) Posture and mobility are huge topics and are debated at conferences. Could you get into your philosophy of body alignment and joint mobility and what athletes and coaches need to know and what should be left to medical professionals?

Jeff Cubos:  Going back to the fact that I’m a chiropractor, I tend to drive against traffic and pay little attention to static body alignment than most of my peers. Reason being is that often times and athlete can look a certain way (i.e. “dysfunctional”) in static stance but when asked to perform a skill, they nail it. I’ve had this way of thinking since I first took my Olympic lifting coaching certification. What I learned from that program is that if someone can’t overhead squat, it’s more prudent to attempt to coach them out of it (i.e. motor learning) prior to isolating joint “dysfunctions” (and performing corrective exercise). Because really, if an athlete is performing a novel movement, sometimes they simply lack the skill to do so and as my graduate supervisor instilled in me, there really is no such thing as generalized trainability, that each specific motor skill should be viewed as a separate entity.

All in all, I think the most ideal answer would be to suggest coaches and medical to work closely together…especially at the track. Doing so facilitates a broader, yet deeper, approach to movement and technical assessment and hopefully, combined performance and durability.

(Q5) Besides the FMS and video of the athlete, what 3 assessments you find to help track sprinters with hamstring injuries. This week a huge amount elite sprinters are out of major competitions because of this classic problem. With all of the tools available, are we still not looking into analytics and data properly because of the difficulty of medical and performance records?

Jeff Cubos:  As much as I’m FMS certified, I would have to say that appraising movement is more important than the FMS itself. So whatever system one chooses, so long as it’s consistent and in line with one’s own philosophy, is fine by me. Unfortunately, it would be difficult for me to say with 100% confidence that ___, ___, and ___ help track sprinters with hamstring injuries because I consider each athlete, situation, time of year, etc as unique. All that said, some of the things I do generally look for, regardless of injury, is full control of the athlete’s dynamic posture, ability to consistently adhere to technical proficiency, possession of comprehensive biomotor abilities (i.e. general athleticism), mental and physical readiness for each given training session and competitions, and perhaps most importantly, uncompromised communication between athlete-coach-therapist.

I don’t know if the lack of analytics and data is due to limited access to records as much as it is to limited data collection. Take my role as a therapist for example. Constant communication with our athletes and coaches, not following a cookie cutter approach, and having to make quick decisions makes it difficult for me to consistently document every single thing I do, think, see, and say. But due to the open lines of communication that we do have – on top of the meticulous nature of our coaches – I’d like to say we have a good thing going.

Ultimately, I think it comes down to the thought processes behind Fergus’ talks as well as Marco Cardinale’s “100 things 1% better”.