Why Did Kirani James Lose?

You are here: Home / 400 meters / Why Did Kirani James Lose?
17
SHARES
FacebookTwitter

If you saw the race, you probably had your jaw wide open in disbelief, Kirani James finishing 7th in 44.99!

Mine was too, until I checked their splits.

With Kirani James one lane behind Merritt, he was keying off him, but I’ll bet he didn’t expect the pace to go that fast.

One has to look back at Innocent Egbunike “pulling” Butch Reynolds to a World Record (back then it was 43.29) with a suicidal opening fast 200m.

So I think Kirani just ran out of gas the last 60 meters because he ran that first 200-250m too hard.  He’s human, these things happen. 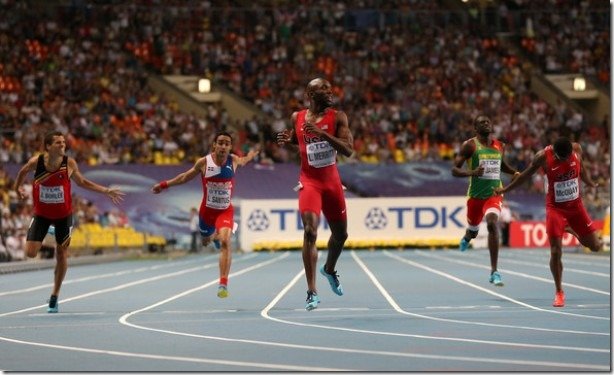 Running a successful 400m depends on several factors, most notably, (1) speed reserve, (2) good lactate tolerance, and (3) running your 200m splits with the differential that is best for your body.

I’ve covered the importance of speed reserve in several articles.

In most cases, you run your first 200m one full second slower than your 200m season best (not personal best).  LaShawn Merritt usually runs it 1.5 seconds slower, but today he ran that first leg less than one second slower than his 200m best.  He may have taken a gamble, and possibly dying on the homestretch, but his training with coach Loren Seagrave proved otherwise.  He knew his splits. He knew what he was capable of.  And just executed.

The IAAF installed RFID chips in the bibs, and set up 4 sensors at each 100m mark, so hopefully we will get the IAAF official splits.