This is his 24th article. Click here for his entire series. 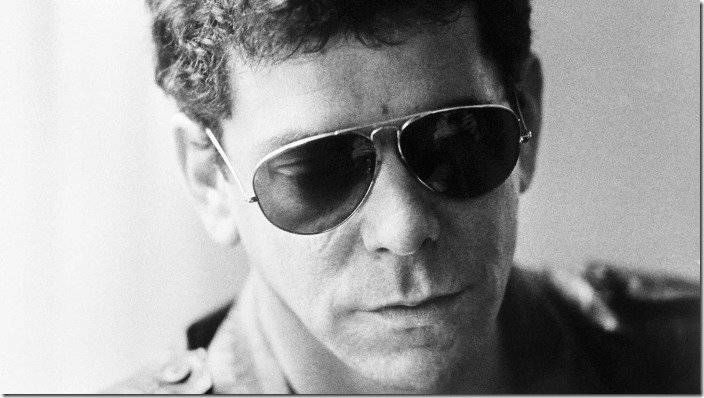 My youngest son, Phil, and I took many long car trips together. We were compatible travelers: both enjoying loud music, long periods of silence and impassioned arguments about most any topic. We had one tradition. Every trip had to begin with the playing of the same band on the car stereo: The Velvet Underground. It was usually the band’s 1967 first offering, The Velvet Underground and Nico, which had an image of an unpeeled yellow banana on the cover. When we were rolling, to the strains of “Sunday Morning”, we would look at each other, smile, and know the trip would be OK.

Last Sunday, Lou Reed, co-founder of “the velvets”, musical giant and quintessential New Yorker, died of liver failure. He was 71 years old. You cannot overstate the importance of Lou Reed to the last half-century of music. You can hear his influence in the artistry of David Bowie, Iggy Pop, Patti Smith, REM, David Byrne and Talking Heads, Television, Nirvana, Pearl Jam, The National, Morrissey, Grizzly Bear and scads of other headliners. Brian Eno of Roxy Music once famously stated that even though only 30,000 copies of that first album were sold, “I think everyone who bought one of those 30,000 copies started a band.”

Reed was the son of an accountant and was reared in Freeport, Long Island. His parents, distraught over his bisexuality in his teens, subjected him to electroshock treatments to cure his “perversion”. He studied at Syracuse University where he received a BA degree. There, he was influenced by the poet/scholar, Delmore Swartz, who was to remain a lifelong mentor. Reed’s fundamental artistic values were honed at this time. He believed that music and its lyrics should be accorded the same liberty of expression as other art forms, such as drama and literature. Throughout his career he delved into dark and controversial issues: drugs, gay sex, violence, sadomasochism, guns, suicide, oral sex, depression and death.

During this era [late ‘60’s, early ‘70’s] there was a crystalline difference between West Coast and New York music scenes. The West Coast was colorful, psychedelic, hippy-garbed, and melodic. New York was black, dissonant, leather and intellectually artistic. The drug of choice in LA and San Francisco was LSD, in New York it was heroin. Reed became the pied piper of the New York scene.

After four album and many fights, principally with Cale, he dissolved the band. Reed then embarked on a long, and checkered, solo career. His biggest commercial success, “Walk on the Wild Side”, came shortly after the breakup of “the velvets”. The song, whose five verses each celebrate five members of Warhol’s entourage, reached Number 20 on the Billboard charts but he would never reach that success again. I am convinced the mass market, who loved singing the “dut, dut dut, dut-ter-o, dut, dut, dut…” refrain, were totally unaware that they were aping a drag queen on-the-make.

He continued to pursue song topics related to the sordid under-belly of New York life at the time. “Sister Ray” dealt with the tri-fecta of guns, drugs and oral sex; “The Halloween Parade” was about AIDS; “Waiting for My Man” was about his drug dealer; “Venus in Furs” alluded to sadism. His epic seven minute “Heroin” he called “a love song to a drug”. This was an edgy and raw New York that he wrote about. To give you context, in 1969 the novelist Norman Mailer ran for Mayor on a slate with Jimmy Breslin, the columnist, who was vying for the presidency of the City Council. Their campaign motto: “No more bullshit!”

The last time I saw Lou Reed perform was June 23rd, 2004, in Carnegie Hall. We made a family outing of it and it was a wonderful show. He mixed new material with older, relatively obscure tunes. He made no attempt at placating his audience, which was a mix of older fans with younger devotees of punk music. I don’t think he smiled once. The concert closed with a very sweet ballad from the early ‘70’s called “Perfect Day”.

I sometimes see myself as a contemporary of certain artists, politicians and athletes who are about my age and have a New York connection. The group has always included Joe Namath, Mick Jagger, Rudy Giuliani, Senator Bill Bradley, and Lou Reed. One is now gone. There is a lyric from one of Reed’s songs, “Milky Way”, that appeared on his 1979 album, The Bells, that kind of sums up his life:

It was really not so cute

to play without a parachute

As he stood upon the ledge