This is his 33rd article. Click here for his entire series. 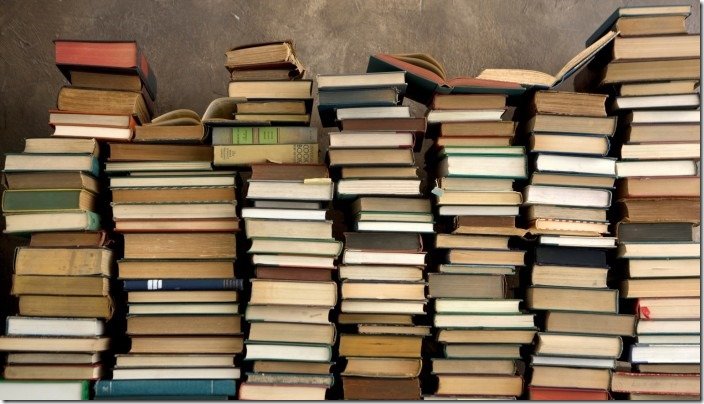 Most of my life I have averaged reading 100 books a year.

I inherited my love for reading from my mother, Isabel Mendoza, who read voraciously at a similar pace. She often said that if you had a good book you would never feel alone or lonely. She was an informed conversationalist about a wide variety of topics and locales and much of her knowledge was acquired from the written word rather than experiences. I remember having a conversation with her about Bel Canto, Ann Patchett’s award winning 2001 book about an opera singer who was held hostage in a Peruvian embassy. Listening to her analysis of the book you could never imagine that Isabel had never attended an opera or set foot in South America.

I have a tendency to buy books and let them accumulate before reading them in spurts. This past week I decided I would treat my backlog in a little different way. I have developed a reading queue and have made a commitment not to purchase a new book until a vacancy appears in the queue. Including the two books I am currently reading [I usually have 2-4 books working at the same time] the queue numbers 23 books, or about 12 weeks worth.

In a recent essay I mentioned that I have always felt that I could tell a lot about a person if I knew what they read. Paxton Hood, the 19th Century British author once wrote, “Be as careful of the books you read as the company you keep; for your habits and character will be as much influenced by the former as the latter.” So let me share with you the words that will influence my character in the next 120 days or so.

The two books I currently have my nose into are Bleeding Edge, Thomas Pynchon’s novel about New York between the dot-com boom and 9/11, and Blockbusters, a non-fiction work by Harvard professor Anita Elberse, who writes and teaches about popular culture and the business of entertainment. I am going to assign the latter as required reading for my Consumer Behavior course at NYU this spring.

The queue also includes four of the books I was given as a present for Christmas. My Promised Land is the recent opus about Israel by Ari Shavit. Mo’ Meta Blues is the memoir by Amir “Questlove” Thompson, the drummer for The Roots. Dissident Gardens by Jonathan Leithem is a novel about New York liberalism and the Greenwich Village counterculture. And, The Bully Pulpit is Doris Kearns Goodwin’s take on Teddy Roosevelt and the journalists of his time.

Included is Killing Che by Chuck Pfarrer, set in Bolivia, and The Prisoner of Heaven, a novel by Carlos Ruiz Zafon that takes place in one of my favorite cities, Barcelona. The Unwinding documents the breakdown of America’s social compact and is written by one of my favorite writers from the New Yorker, George Packer. I plan to read Act of Congress, a detailed description of the passing of the Dodd-Frank Act written by Robert Kaiser, and The Oath, Jeffrey Toobin’s book about the Roberts Court.

Also, T.C. Boyles The Women that chronicles the lives of the four women who loved Frank Lloyd Wright, and 1493, Charles Mann’s book about the Columbian Exchange and how it presaged globalization. Included is This Town, Mark Leibovich’s tome about the insanity of Washington, DC and I’m Your Man, Sylvia Simmons’ biography of singer/poet Leonard Cohen. Also, Wild, Cheryl Strand’s story of solo hiking and survival on the Pacific Crest Trail, and Command and Control, that documents the accidents and near-misses related to the management of our nuclear arsenal and was written by Eric Schlosser.

The queue includes the novel about running, Running the Rift by Naomi Benaron, and Canada, an award winner by Richard Ford. All That Is is a post-WWII novel by James Salter and & Sons is a family saga by David Gilbert, also set in New York. This Is How You Lose Her is written by the brilliant MIT professor, Junot Diaz. Finally I have included The Patron Saint of Liars, one of the few Ann Patchett books I have not read yet.

Eclectic list! This should get me almost to the first of April. Of course I will not be able to resist adding to it as holes on the shelf open up. As addictions go, this one is pretty benign.

The American essayist, Sven Birkerts, writes often about the deplorable erosion of reading in this digital era. He is the Director of the Bennington College Writing Seminar and has taught at Harvard, among other places. In his seminal work, The Gutenberg Elegies: The Fate of Reading in the Electronic Age, he wrote:

“What reading does, ultimately, is keep alive the dangerous and exhilarating idea that a life is not a sequence of lived moments but a destiny…the time of reading, the time defined by the author’s language resonating in the self, is not the world’s time, but the soul’s.”