This is his 34th article. Click here for his entire series. 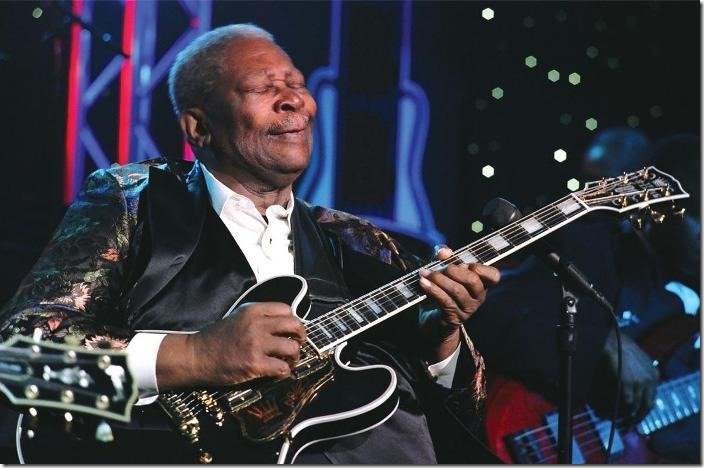 In 1984 the “Reagan Recession” was being felt in a cruel way in the Midwest. National unemployment levels were in double digits, but in Rockford, IL, where I was living at the time, they exceeded 20%. The city’s machine tool industry was decimated during that era by horrible economic policy and competition from abroad. Rockford is still waiting for the drops to start falling from Jack Kemp and David Stockman’s ill-conceived “trickle-down economics”. Arthur Laffer’s famous curve was no laugher.

In the midst of this gloom I attempted, tongue-in-cheek, to inject a bit of levity. I was managing the local entertainment emporium, the 10,000 seat MetroCentre, and had booked a concert headlining the legendary blues guitarist, BB King. Given the woeful local economy I knew we would struggle to sell even half the tickets. I wracked my brain trying to think of a way I could stimulate sales.

My answer was to create an unusual promotion for that night. We called the event “Unemployment Blues”. After getting permission from King’s business managers we announced we would only be selling the best 4,000 seats at the usual $12.50 price. The balance of the tickets was to be distributed for free, using the following formula:

If you were willing to sign a simple affidavit saying:

We would then give you a pair of tickets to the show.

The promotion received scads of free publicity. People weighed in supporting the idea and others panning it as being tasteless and exploitative. King, himself, issued a press release supporting our efforts and indicating he might write a special blues song as a tribute (hmmm, I wonder who wrote that release). We placed an ad in the local newspaper prior to the on-sale date urging the public to buy tickets to show their solidarity with their unemployed brethren.

The tickets flew out of the box office and we sold the 4,000 tickets in a couple of days. That $50,000 paid for all the expenses of the show. The profit was totally from the beer sales. I knew, employed or unemployed, fans would show up with money in their pocket to buy beer.

The day we distributed the free tickets the lobby of the hall was a madhouse. Reporters and TV cameras came in droves to interview the recipients. Everyone but me was worried about the “enforceability” of the affidavit (totally unenforceable). I could not imagine significant numbers demeaning themselves for two free tickets to a show. We were just making a point. We provided free coffee and doughnuts during the day, but I probably went too far when I had them play Brother, Can You Spare a Dime on the PA system.

On the night of the show an incident occurred that makes me feel fortunate that phone cameras and YouTube had not yet been invented. I was being interviewed by a Chicago television crew in front of the facility as the crowd was streaming in. Suddenly, and in full view of the camera, a white, stretch limo pulled up to the front doors. The first to get out was a gentleman in a white fur fedora and an electric blue suit. Right behind him bounded three “working girls” in their evening finery. I am sure that my face registered the “Oh, no” that I was feeling.

As the gent was wrangling his charges into the arena, he waved four tickets in his hand to me and shouted: “We bought our tickets, Doug. We’re employed!” In today’s electronic ambient, viral, for sure!

I remember one other interesting anecdote. BB King’s road manager was an interesting character who went by the name Bebop. He had a gold star inlayed in a front tooth, wore a wallet strapped to his right calf and a snub-nosed .38 Smith and Wesson on his left. You did not want to mess with this guy.

We talked before the show and I asked what King wanted for dinner. Bebop said they were told by his doctor that King had to focus on better nutrition and avoid big meals on the road.(Several years later, BB King was diagnosed with Type II Diabetes) He requested a big tray of fresh, raw vegetables, some fruit and some spring water.

A half hour before the show was to start I got a call that King wanted to see me in his dressing room. As I walked in he pointed to the catering table and said: “Man, this is rabbit food! I won’t play unless I get ribs!” I thought for a second and then dispatched my Operations Manager, Don Smith, to go to Box’s BBQ, a local institution, only a few blocks away. The Box family was famous throughout the region for two things: their sauce and their son Charles, who graduated from Dartmouth, and Michigan law school, and ultimately became Mayor of Rockford.

King got his ribs, put on a great show, and I spent the rest of the evening trying to avoid Bebop.