What is the Drive Phase in Sprinting? PART 3

You are here: Home / Coaching / What is the Drive Phase in Sprinting? PART 3
90
SHARES
FacebookTwitter

To read Adarian’s past articles, click here as well asmy Freelap Friday Five with him.

Make sure you read Part 1 in What is the Drive Phase in Sprinting? Part 1 and Part 2 before reading this article. 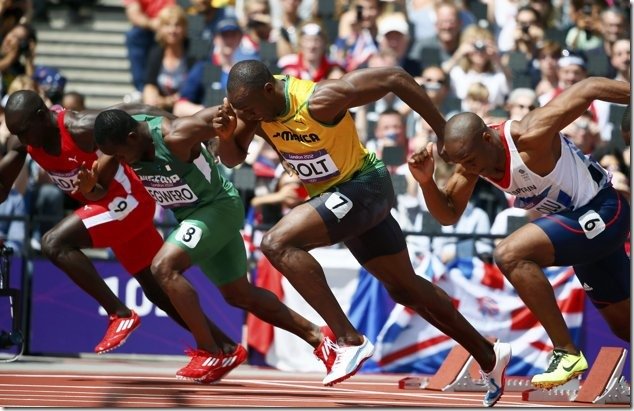 What is the Drive Phase in Sprinting? PART 3

Now I am going to talk about force application.

Why does this matter? Intent dictates behavior in movement patterns.

You can’t push from your toes as toes are meant to grip. The gripping toes create stability for the push off. This is the key to force application and push mechanics when starting from a standstill (traction).

The sequence to force application from a standstill goes like this, stand on toes, from tip to MTP joints toes, your knee has to come over and past the toes and lower itself until the optimal shin angle has been attained, then the hips move forward and align over the knee and that is when glutes fire to push yourself in the intended direction. The angle of the shin will dictate which direction vertical or horizontal.

With the knee in front of the toe and the hip over the knee the force is applied downward to the toes to create traction, now you have the greatest amount of grip. This gives the brain the signal to increase fore production which will give you greater force application. This also allows for the glutes to push the hips forward as you push off from the ground to push yourself in the intended direction. The ground is stable, the foot is stable the knee down to the calf is sable as no movement takes place from the knee down to the foot, the movement of the push takes place at the hips.

See also  What is the Drive Phase in Sprinting?

The force during force application should be applied to the hips.

This one action creates a few other reactions, which will be discussed in the next series.

Adarian Barr is the Assistant Track Coach, Jump/Hurdles/Multi-events at the University of North Carolina in Pembroke.  He is also Movement Specialist and Track & Field coach with Next Level Athletics and Fitness, as well as the inventor of PALO.