This is his 37th article. Click here for his entire series. 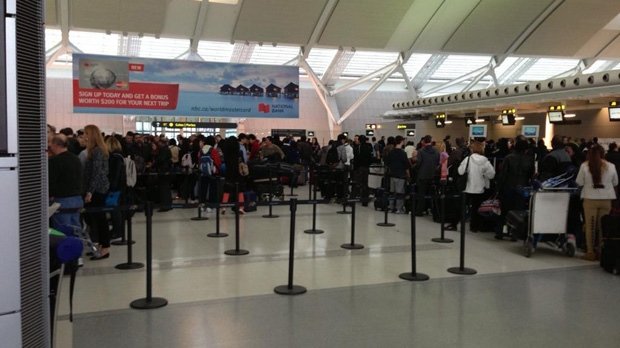 I have definitive views about snowfalls. Any snow before Christmas is pretty and evocative of joyful days spent with my brothers throwing snowballs and careening on sleds and toboggans. I am relatively neutral about January snows. However, any accumulation after Groundhog Day is unwelcome, ugly and has me yearning for baseball’s Spring Training.
This week the eastern seaboard of the United States experienced one of those February exasperations. The quantity of precipitation set no records. However, it fell in such a manner (several inches of snow, followed by sleet, followed by below-freezing temperatures) that it paralyzed transportation up and down the east coast and caused over a million households to experience power outages. And, it held me hostage for the better part of two days.

This Spring Semester I am teaching three classes (one graduate and two undergraduate) at NYU. My usual schedule has me on an 11:00am flight from Tampa to NY LaGuardia on Mondays in order that I conduct a class at 6:20pm on Monday nights. After teaching a class on Tuesday and Wednesday mornings, I return to Florida on a 4:00pm flight on Wednesdays. An altogether civilized way of accommodating my teaching duties in NY while maintaining my residence in balmier climes.

This week, however, was anything but civilized.

As I approached the airport in Tampa on Monday morning I received a text message from the airlines that my flight would be 2 hours delayed. OK. No harm. I still had enough time to make my class. Very soon it became apparent that the carrier was engaged in what I call “incremental deceit”, a practice they have perfected to keep the travelling public unaware of the true horror of what the day ahead was going to be like. I ultimately learned that my flight was still at the gate in LaGuardia waiting to be de-iced for the second time.

I then ran across the terminal to United and was able to wangle a seat on a United flight to Newark. Although it left the gate an hour-and-a-half late, I still had a chance of arriving on time. As I was completing the NY Times Sunday crossword puzzle somewhere over Maryland, the dreaded announcement came over the PA. Newark Airport was slammed, they had over thirty planes on the ground without a gate and we were going to divert to Dulles Airport in Virginia. Ode to Joy!

Once on the ground the next shoe dropped. They told us to take all our gear off the plane and we found out they summarily cancelled the flight. Now, I don’t know how the hell you can cancel a flight that already has flown to a different zip code, but they did. And, there were no flights scheduled to the NY area until noon the next day. I was now stranded in the exurbs of Washington DC. In my reckless days-gone-by, I would have rented a car, driven to Union Station in DC (an hour away) and tried to take an Amtrak train to New York. But, I have stopped doing that crazy stuff.

See also  InsideTracker: How to Track and Improve your Testosterone & Zinc levels, Naturally

I admitted defeat, called my understanding Dean, and cancelled my classes for the week. I then was able to get a seat on a flight back to Tampa, scheduled for 10:30pm. To add insult to injury, we had to wait for pilots to arrive from Orlando, which they did at 11:45pm. It was only befitting that we did not take off until 1:00am due to a balky computer. When we landed at 3:30am the fog in Tampa was so thick that I sought a bed at the Airport Marriott Hotel and did not arrive home until noon on Tuesday.

“Neither snow nor rain nor heat nor gloom of night stays these couriers from the swift completion of their appointed rounds.”

The United States Postal Service unofficial creed is inscribed on the James Farley Post Office in New York, across the street from Pennsylvania Station. It is a loose translation from one of the works of Herodotus. The words are also included in the lyrics of “O Superman”, a 1981 Laurie Anderson single.

There is a fundamental drive in all of us to “get there” despite the adversities that nature puts before us. However, in the complications thrown at us by the modern world, the hurdles have become obstacles and the “domino theory” of travel has become the rule. If things start going bad, the only thing you can count on is that they will get worse. Prudence dictates cutting one’s losses and living to fight another day.

Perhaps we should all have the same attitude as Newman, the lazy postal carrier with the shoddy work ethic on the Seinfeld show. In the classic episode, “The Calzone”, he memorably says:

“I was never that big on creeds.”