You are here: Home / Doug Logan / SHIN SPLINTS 2014 – It’s All About Me!
2
SHARES
FacebookTwitter

This is his 38th article. Click here for his entire series. 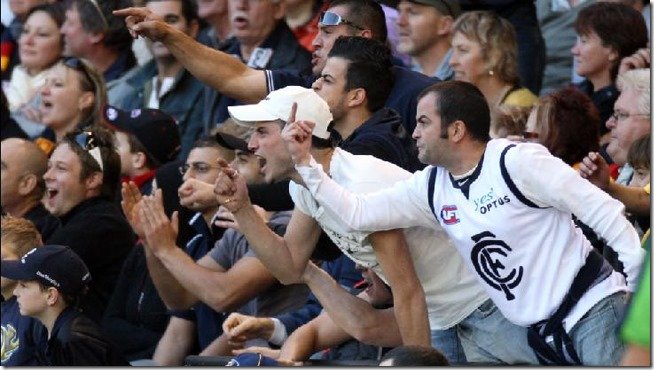 It’s All About Me!

Last week Jay Leno completed an incredible 22 year run as host of NBC’s Tonight Show. He did his teary, swan-song broadcast on Thursday night, and appeared the next night at the Van Wezel Performing Arts Hall in Sarasota, FL at a gala fund-raiser. I was grateful to be in attendance. This is a guy who truly enjoys telling jokes for a living and I spent over an hour laughing. He is a clever man with exquisite timing who is a keen observer of life.

The only negative moment of the evening came about ten minutes into Leno’s stand-up routine. A woman, who is an acquaintance, chose a quiet moment between jokes to shout at the top of her lungs, “I love you, Jay!” It was a gesture and comment which disrupted the pacing of the show and, I suggest, was intended to do just that. It was an act, which occurs altogether too frequently, that brings attention to the audience member. And, this is not the first time I had heard this same woman pledge her undying affection to a performer.

The following night an incident occurred at a college basketball game in Texas. In the closing seconds of a hotly contested game between Texas A&M and Oklahoma State, an altercation took place between a Cowboy player and an Aggie fan under the basket. Marcus Smart, a sophomore, All-America guard from Oklahoma State, hustled back on defense to prevent a dunk. He wound up in the stands with his face about six inches away from Jeff Orr, a fifty-something year-old self-described “super fan” of A&M. Orr appeared to say something to Smart and the player reacted by shoving the civilian with two hands. The two were separated and Smart was put on the bench for the seconds remaining in the game.

The following Monday the Big 12 Conference announced it was suspending the player for three games for “inappropriate conduct with a spectator”. The Oklahoma State coach, Travis Ford, a scrappy player in his own right when he played for the University of Texas, supported the suspension while defending his player. Smart issued a written apology and took full responsibility for his actions. Orr, also, appeared chastened and released his own written apology, admitting to calling Smart “a piece of crap” to his face, while denying the use of a racial epithet.

Both the woman in the Leno audience and our “super fan”, Jeff Orr, were manifesting a disturbing behavioral trend in contemporary audiences. Many ticket buyers are not content to be mere witnesses to the event but somehow feel the need to become a part of the show or the game.

There is an old axiom in the personal appearance business. You will quickly go broke if you do not sell some level of excitement. You need audiences to be far more animated than those sitting through a Yanni or John Tesh concert to get them to part with the cost of a contemporary game or concert. However, the same triggers you use to stimulate excitement, taken too far, incite, and produce anti-social or illegal behaviors. You have to walk a fine line.

What have changed dramatically in recent years are the expectation levels in many patrons of mass gatherings. I don’t know if it comes from the increase in ticket pricing, or in the yearning for celebrity, or if it comes from a general breakdown in societal discipline. Many go to events to get their mugs on camera, any camera. A lot of people go to places not to see but to be seen. And, event producers and promoters now go out of their way to accommodate them.

The ludicrous “Kiss Cam” between innings at baseball games. The crowd-panning shots by those who cover events. Putting the color commentator’s set in the stands during games, inviting puerile interaction with fans. All these modern rubrics create the expectation on the part of the ticket buyer that he/she is a part of the show. And we wonder why this bozo in Texas thinks he’s entitled to call a 19 year-old student-athlete a “piece of crap”.

I, for one, am sick of it. I go to events to satisfy my anthropological yearnings to share an experience with others. But, for me, there is a distinct line between artist or athlete and observer. I don’t want my experience to be watered down by witnessing churlish behavior. If I wanted that, I could just stay home and tune into any so-called reality show on television. I don’t care if you love Jay or not; I don’t want to pay to see you assault a kid with your bad manners, or worse.

Despite your actions, or maybe because of them, you are just not that attractive to me.