First and foremost, I want to congratulate Richard Kilty and his coach Rana Reider on his 60 meter Indoor World Championship Gold medal in Sopot.

In case you missed it, here is the 60m race on YouTube:

Now for a full disclosure. I really don’t care what “colour” he is… white, black, green or purple… to me, a sub 6.50 60 meter is enough to impress me.

And I really don’t care if he is the “first white Brit” to break 10 seconds. Just breaking 10 seconds is the Holy Grail of sprinting (see Mike Young’s Ted Talk and you will see why)

The question is, can he sustain his training and break 10 seconds?

Are there any extrapolation “formulas” that will determine his 100m time based on his 60m?

Well, the only way to find out is when Richard Kilty runs 100 meters!

When Dwain Chambers ran 6.42 winning the 2009 indoor Euro Championships 60 meters, I came up with the raw extrapolations, which is approximately 1.53 or 1.54 of your 60m time.

But Ireland’s Ian Graham had some interesting statistics to point out.

Below is a cut and paste from his Facebook wall, used without permission: 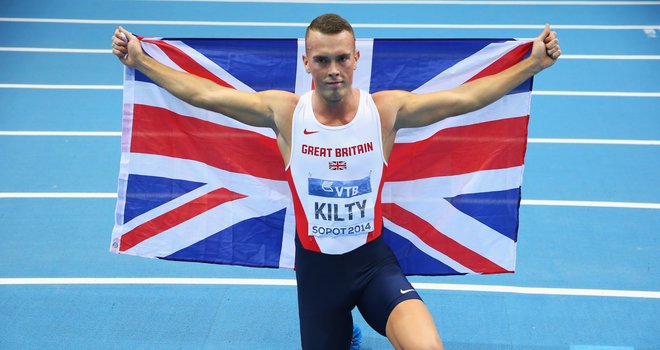 The odds are in Kilty’s favour… so let’s see if he can follow the pack, and bust out a sub 10.00 second performance this summer.