Transitioning from Indoor to Outdoors

You are here: Home / Coaching / Transitioning from Indoor to Outdoors
77
SHARES
FacebookTwitter

His last post titled Misconceptions: Training the Air and Bridging the Gap Between Strength and Speed were a huge hit on the social media circles, and here is my Freelap Friday Five Interview with him.

SIDENOTE: READ Do you Like Indoor Track & Field? by Stuart McMillan.

Transitioning from Indoor to Outdoors 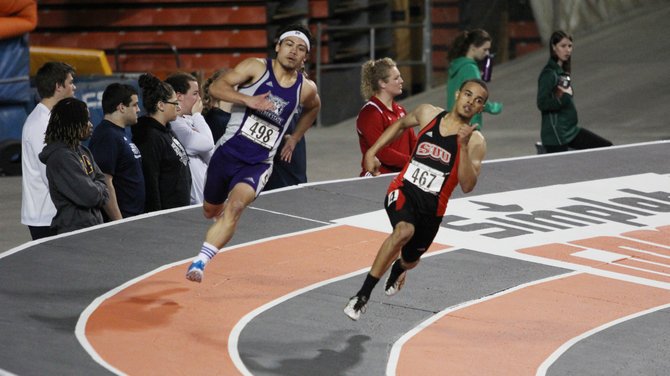 The title of this article may seem comical to some of you who are still experiencing winter weather and have not really made any “transition” to outdoors. Regardless of this though, conference and national championships have finished up and everyone has their sights set on preparing for the outdoor season. This can mean different thing for different coaches, but it usually entails some sort of shift in training focus to prepare our athletes for another series of meets.

I like to think of this transition as a “mini fall”. What I mean by this is a shift in training where volume increases and intensity drops off some. This is a crucial time in the year where the coach has to be careful as to not break their athletes down too much, but still prepare them for the rigors of meets week after week. The athlete is most likely coming off a pretty low training volume but has done quite a bit of racing and other high intensity work. They might even have some nagging injuries that need to be taken care of. Their taper period is over but it is time to put some work in to prepare for another taper in a few short months.

While this “mini fall” is important for building up work capacity and going back to some of the basics, it should not exactly mirror what you were doing in the fall. My take on this period in time has changed throughout the years as I had originally thought it was just a time to get your ass kicked everyday for 2-3 weeks and then go back to normal training. If a coach attempts to do this with their athletes then they are running the risk of either injuring them or preparing them for a mediocre season.

Keeping an eye on the prize and overall goal of training should always be in the back of a coaches mind so straying too far from this could have some consequences. Just as I am a firm believer that day 1 of training for speed/power athletes should start off with speed/power development, so too should a portion of this transition period. This doesn’t mean that a 200/400 runner needs to still be doing fast 350’s and 150’s but maybe the coach drops back down and does slightly more acceleration work and then mixes in some max velocity work.

In the weight room there might be more emphasis on volume and reintroducing exercises like squats and deadlifts so that an athlete can touch on some strength qualities that may have dropped off. Some athletes will be amazed at how little their strength has actually dropped off when they get back to some of these basics. They will most likely be a little more sore than usual so incorporating longer warm-ups, foam rolling etc. might be a good idea.

With regards to technical work, you probably won’t need to revert back to day 1 drills, but more short approach jumps and broken down throws might be a good idea.

This could be a good time to increase volume slightly on low intensity days. Doing more extensive tempo, general strength circuits, medball circuits, scrambles and other general endurance circuits might find their way into these days.

The key here is to not get stuck on this period for too long. It may only be 1-3 weeks depending on when your outdoor season begins. You shouldn’t expect your athletes to open up the outdoor season with a PR either, but if it happens great. At the same time, make sure they aren’t so beaten up that they can’t compete. As I mentioned earlier, keep your eyes on the prize. Don’t stray too much from what is important in the development of the athlete. Keeping them healthy goes a long way and this transition will certainly have a big impact on what they end up doing this season. Now lets all say a prayer for some warm weather so everyone can get outside and get on the track!