The last time I saw David Oliver train was in Florida April 2012 when I was shadowing legendary coach Brooks Johnson.  You can watch that video here.

I’ve seen David enough times at Diamond League meets, but when I did see him train, he was doing 300m sprints.

I remember Brooks saying any good hurdler can run the first 60 meters or 5 barriers and still be with the others.

It’s the last 5 hurdles or 40 meters that determines whether or not you medal.  Take your best 60 meter hurdle time, add 5.5 seconds, and you got yourself a medal, every time. 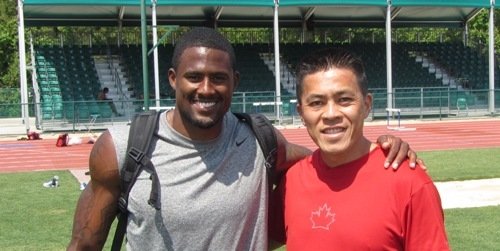 In this podcast, we have Mike Hurst interviewing David Oliver and his training partner Joel Brown (7.48 & 13.20 for the 60mH and 110mH). Maurie Plant is the athlete’s agent.

This recording is informal… very informal… but David does reveal a LOT of secrets on his training, especially at his age and his size and weight! 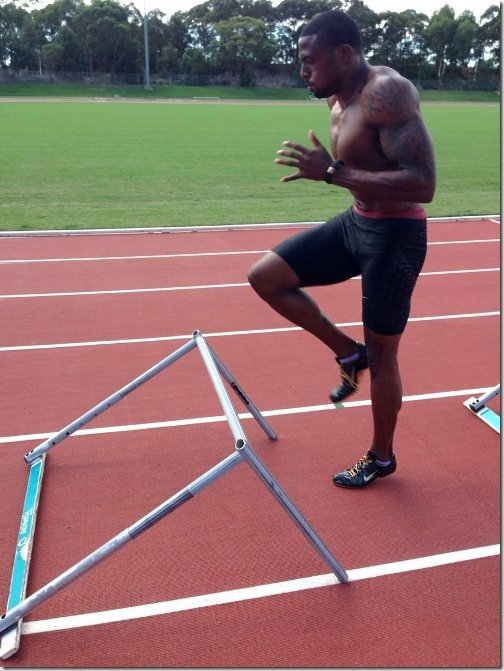 Thank you Mike for sharing this podcast, and making it publicly available. Sharing is caring!