This is his 45th article. Click here for his entire series. 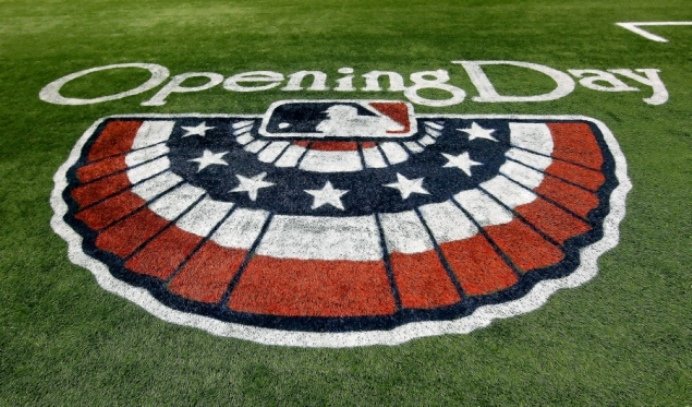 Man never is. But always to be blessed:

The soul, uneasy but confined from home,

Rests and expatiates in a life to come.

Hope springs eternal… Not just a song from Air Supply…or one by Wishbone Ash. Actually the beginning of an 18th Century poem by the satirist Alexander Pope in An Essay on Man: Epistle I [1733]. A lovely statement that the human condition propels man to always hope for the best; that things will be better. And, it is the unofficial motto of baseball’s Opening Day.

Lamar Hunt used to love the period of time before a season would start. He was a risk- taking pioneer in the business of professional sports in this country. At different times in his career he owned the NFL Kansas City Chiefs, the MLS Columbus Crew and Kansas City Wiz, was an owner in small stakes in the Chicago Bulls and New York Yankees and an owner of a franchise in Team Tennis. He was a founder of several leagues including the American Football League and Major League Soccer. Hunt always talked about the good feelings in sports right before the first game, when “…everyone is undefeated.”

Nothing evokes tradition and good feelings in sports like baseball’s annual inaugural contest. The crocuses are just starting to peek out of the ground and the Mets have not yet blown a “save”. The migrating songbirds are building a nest and the Cubs have not yet gone on a 10 game losing streak. The Polar Vortex has gone back to the north and the first positive urine tests are still at the lab.

For those of us who love to talk baseball, we have our vocabulary back. Is “Miggy” Cabrera worth the $300M over 10 years that the Detroit Tigers just gave him? What the hell did Yasiel Puig eat and drink during the off-season to make him look like a dirigible? Is this the Pirates’ year? How can the Rays pay such low salaries and year-after-year have the best pitching staff?

What we have lost, however, is the tradition of Opening Day. For many of us, the season has to start in Cincinnati. It was in 1869 that the first professional sports team, the Cincinnati Red Stockings, were founded. They paid their players to “barnstorm” the United States, playing local teams as they travelled. Their total team payroll in that first year was $9,300. The average player on that squad made $930, while the average salary of a working-man in those days was about $170. It goes to show you that as early as 1869 a professional athlete’s income dwarfed the average worker’s wages. As a tribute to “The Queen City”, baseball had traditionally begun its season on a Monday in Cincinnati.

Like a lot of other valued traditions, the Lords of Baseball have mucked it up. Greed has prevailed.

For the past few years, ESPN has paid a huge fee to start the season on the prior Sunday night. So, last Sunday night we had the “stateside” Opening Day in San Diego with a contest between the Dodgers and the Padres. I have always hated the Padres’ uniforms…there is no pleasing way to make a statement with muddy brown. Next to the “clown” uniforms worn by Charles O. Findlay’s Oakland Athletics, the Padres have the prize for ugliest. This year, however, they out-did themselves. The “camo” shirts they wore were a beast. And, it wasn’t even Memorial Day or any other Patriotic day…just a way to pander to xenophobes and sell more shirts.

What is worse is that this wasn’t truly the first regular season game. These same two teams, the Dodgers and the Padres had played two “regular season” games in Sydney, Australia, the week before.

To add insult to injury, today, Tuesday, my Yankees open against the Houston Astros. Yes, the former National League Astros who are now in the American League.

So, let me go on my little rant. I hate the designated hitter position in the American League. It is just a way for un-athletic, over-the-hill players to get additional paydays. It diminishes the strategic element of substitutions in late innings. I hate polyester uniforms. Baseball should be played in flannels regardless of the temperature. I hate the modern-day strike zone. The book says “the letters to the knees”. I hate replays. The ump has a right to be wrong. And, they destroy the natural rhythms of the game. I hate the new rule where the catcher is prohibited from blocking the plate. I hate when they serve sushi at the ballpark. Or food that is healthy and good for you. I hate mascots or any stuffed costume. I hate piped in music that does not emanate from an organ.

And, I hate they have taken away Opening Day from a hopeful Monday in Cincinnati.