Flying 30 for Sprinters: How to Reach & Maintain Max Velocity

You are here: Home / Coaching / Flying 30 for Sprinters: How to Reach & Maintain Max Velocity
240
SHARES
FacebookTwitter

The post was written by Ed Barber, currently the Sprints / Pole Vault / Multis coach at Hartnell College in Salinas, CA.

A Level III certified USATF Coach, Coach Barber took Calvin Harrison (44.78) to the Olympic Trials in Atlanta 1996.   Calvin went on to earn a gold medal in the 4x400m Relay. 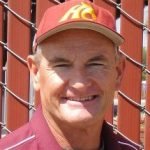 Sprint coaches are always seeking to adapt their athletes to the training methods most suitable for them.

One of the drills that a lot of sprint coaches are using with maximum effect is the Flying 30. When used correctly, the drill can develop the basic fundamentals of relaxation, force application, stride rate, and stride length in the sprints.

Our specific objective is to achieve maximum velocity and then maintain it over the critical area of the race.

Note: The sprinter must achieve his maximum velocity before entering the zone. Otherwise, he will defeat the purpose of the drill, making it an acceleration drill rather than a full-speed drill.

The coach can control this problem by setting up multiple approach distances based on each athlete’s specific sprint ability. The slower/younger sprinter may need only a 20-25 meter approach. The varsity sprinter with good speed may require twice that distance, while others (such as varsity girls) may need 30-35 meters for their approach.

As previously mentioned, the Flying 30’s are maximum velocity efforts that develop the four basic components of the sprint.

Two principles are involved, The first relates to the periodization plan. Early in the season, when “speed” isn’t occupying a large percentage of the practice time, relaxation affords a good general preparation theme.

Relaxation will focus the sprinter on what his body does and feels while running. The second principle involves the “six-second rule.” After six seconds in a 100m race, it is impossible to run any faster. From that point on, the sprinter must maintain his speed to the end.

Straining or wanting it more will not produce a faster time. In fact, these attempts will be counter-productive. Unless the sprinter understands this concept, he will be responding to his opponent rather than concentrating on his own 100m race.

To apply relaxation through the Flying 30’s, the coach must order the sprinter to accelerate to full speed by the first cone in the 30m speed zone. He must then encourage the sprinter to run totally relaxed without slowing down.

Certain cues can be used to help the sprinter relax. The coach can say one word to cue the message, such as:

The training bout involves running two sets of Flying 30’s, each corresponding to five cues, forcing the sprinter to focus on one thing at a time.

Refers to the direction of force applied to the track. When a sprinter accelerates from the blocks, he applies horizontal force; that is, pushes backward against the track -the foot striking the ground behind the center of gravity.

Before the sprinter can run at maximum velocity, he must effect a transition in which the force will change from horizontal to vertical.

In other words, the foot-strike, which starts out behind the sprinter, will transition progressively forward until the foot strikes under the sprinter’s center of gravity. During maximum velocity running, we refer to this downward force as vertical force application.

Flying 30’s provide a drill that can be used to facilitate the required mechanics for vertical force application. These mechanics include pelvic tilt, foot recovery, and front side action.

The frequency of ground-strike over a measured distance. The greater the frequency, the faster the sprinter. Frequency can be trained as follows:

Downhill running: Measure a 30m zone on a 2-4% grade. The turnover will be increased as gravity assists. (Run on grass during the general preparation phase.)

Sticks: Use Remi Korchemni’s “stick drill” (see below) to reduce the athlete’s stride length by 5% (between sticks) in the 30m speed zone. To cover this interval at full speed, the sprinter must increase his tempo (frequency of stride).

Power: Powerful sprinters have great stride frequency. To develop power with the Flying 30’s, the sprinter should use a weighted vest. The weight should not slow the sprinter down more than 8% as he sprints through the zone. Whenever times drop off noticeably, you should stop the workout.

We now use the stick on the downhill grade, with the spacing now 5% greater than the runner’s maximum stride length. The downhill grade allows the sprinter to maintain speed.

Since the sprinter maintains speed while going downhill, the need to overstride diminishes. This gives the sprinter a relaxed rehearsal of the Flying 30 while working on the desired stride length.

A final thought on Flying 30’s: The 30-meters measure is simply a conditioning mode. The coach should use 20 and 40-meter zones as well.

Originated by the great Russian coach of Valeriy Borzov (Remi Korchemni) for the development of stride length and acceleration.

The athlete starts from a three-point stance and runs the intervals at full speed. The objective is to experience the lengthening of the stride length as the momentum builds and the speed increases.

The coach determines the number of repetitions for each runner.

More on the Wicket Drill