This is his 49th article. Click here for his entire series. 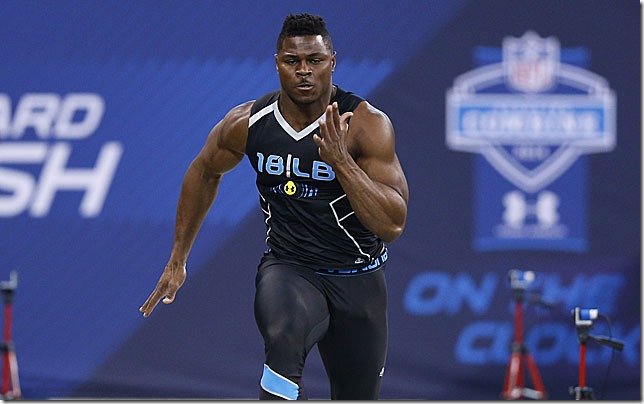 Taking a car trip? How many miles? At what speed? Miles- per-gallon? Price of gas?

How are you feeling? Pulse? Weight? Blood pressure? Cholesterol count?

It seems that everything is being reduced to one or more numbers. Even traits that lend themselves to subjectivity are being objectified. How popular are we? That gets reduced to the number of friends on Facebook, or number of followers on Twitter. How influential are we? There is an app for that called Klout that measures our impact on social media on a scale from 1-100. How smart are we? That gets measured by our Intelligence Quotient [IQ]. Even male virility is measured by sperm count.

In an interesting article in the Styles Section of last Sunday’s New York Times, Bruce Feiler discussed how “the nerds have won”. He goes on to say, “Data is everywhere. Old-fashioned things like words are in retreat; numbers are on the rise. Unquantifiable arenas like history, religion and the arts are being replaced by technology, statistics, science and math.” He adds, “Even the most elemental form of communication, the story, is being pushed aside by the list.”

That’s pretty threatening to someone who prides himself as an Irish storyteller.

This new paradigm has invaded the field of sports. Baseball has always been a sport of numbers. Batting average, ERA, RBI, and a plethora of other numbers have always been the fodder of followers of this pastoral sport. There is even a statistic known as WAR [Wins Above Replacement] that purports to measure value of a player to a team, but I defy anyone to explain the index in a sentence or two. However, since Michael Lewis wrote Money Ball and it became a popular movie, fans now accept that ballplayers are now evaluated by analytics rather than by grizzled scouts.

The recent NFL college draft produced an interesting contrast between tangible attributes of potential draftees and those measures that were less quantifiable. Is the fact that the prospective QB is less than 6’2” tall offset by his competitive spirit? Does a slow 40 yard dash time mean the kid is too slow to reach the ball carrier? Does the number of reps in the bench press predict the athlete’s ability to push the fat guy across from him? Does a high number in the vertical reach mean that the receiver has the courage to catch the pass coming across the middle of the field?

The big change in sports in recent years has been the advent of fantasy leagues. Thirty-two million people play fantasy sports every year in baseball, football, professional wrestling, surfing, auto racing, hockey and golf. The economic impact is an astounding $4 billion a year. And those leagues are totally based on metrics. Not my team against your team but my numbers against your numbers.

Lifestyle and health has become a fertile playground for numbers crunchers. According to Feiler, “Sixty-nine percent of Americans track their weight, diet or exercise, while a third track their blood pressure, sleep patterns or headaches. The market for digital fitness devices brought in $330 million last year and is expected to double this year.”

Gender has an interesting influence in this trend. I find that most of my male friends are more disposed to tracking their weight and fitness while women I know are less obsessed by day-to-day readings. Anne Lamott, the author of “Bird by Bird” and “Travelling Mercies” has an explanation for it. She says the current obsession with quantification represents a male point of view because it favors order. “Women have always been handmaidens of birth and death and that means mess and instinct.” Data, by contrast, gives the appearance of control.

“What this stuff steals is our aliveness. Grids, spreadsheets and algorithms take away the sensory connection to our lives, where our feet are, what we’re seeing, all the raw materials of life, which by their very nature are disorganized.”

Despite Ms. Lamott’s compelling points I am going to continue to quantify my daily existence. Every morning I will continue to visit the appliance I have nicknamed “The Truth”: my bathroom scale. I will chart my weight and fat mass. Every morning I will track my daily walk with my GPS wristwatch, keeping track of distance and speed. I will continue to measure my caloric intake and periodically check my pulse-at-rest and blood pressure.