This is his 51st article. Click here for his entire series.

With those three little words the shamed and defrocked Pentecostal televangelist; Jimmy Swaggart began his painful return to forgiveness and redemption. On February 21, 1988, in front of a national television audience, Swaggart admitted his human failings and made a very public act of contrition.

In the early eighties, Swaggart and his proselytizing family were the stars of a religious media empire that televised weekly shows on 250 stations. The real-life cousin of country musicians Jerry Lee Lewis and Mickey Gilley, Swaggart was a lynchpin of the Assemblies of God network.

His downfall was swift. A rival minister caught him, on camera, and in flagrante delicto, with a prostitute in Room 7 of the Travel Inn on Airline Highway in New Orleans, LA. An attempt to blackmail him went awry, and the story became very public.

Today, at age 79, Swaggart has experienced miraculous redemption. His new, 24 hour television network, SonLife Broadcast Network [SBN], is seen in 104 countries and on the internet.

Why does society choose to forgive certain transgressors while exiling others to lifetime shame? Why does Major League Baseball [MLB] continue to shun Pete Rose for gambling while allowing the admitted doper and Yankee pitcher, Andy Pettitte, the courtesy of continued employment and standing ovations from his adoring fans? Why will we never forgive Donald Sterling? Or Barry Bonds? Why does Bill Clinton get cut so much slack?

I think that it has to do with our collective moralizing. We are still, at our roots, a Judeo/Christian society that requires certain actions before we begin to extend forgiveness. And, those actions need to be seen as credible and authentic. What we basically ask from celebrity sinners is contrition, remorse and a perceived level of adequate penance.

If I were a media crisis manager, charged with rehabilitating the career of someone undergoing public scorn, I would go immediately to one book [with 13 chapters]; Confessions, the autobiography of St. Augustine of Hippo. Written in AD 398, this tome provides the path to redemption that subsequent civilizations have demanded. It’s all there: a credible acknowledgement of sin, a plea for forgiveness, a commitment to amend one’s life, and an acceptance of punishment. We require our idols to throw themselves on the altar of public opinion, striking their breasts thrice, expressing a genuine mea culpa.

As far as punishment goes, nothing comes close to what Henry IV of the Holy Roman Empire experienced asking for the forgiveness of Pope Gregory VII. He purportedly crossed the Alps in a snowstorm, barefoot and wearing only a hair shirt. The Pope made him wait three days on his knees in the snow before he opened the gates of the castle in Canossa.

Jimmy Swaggart’s tearful televised plea appeared to have authentic elements of penitence, and therefore his rebirth. Donald Sterling’s interview on CNN with Anderson Cooper, not so much. And now that West Coast Donald has been diagnosed with early-onset Alzheimer’s, he will never have the chance again to express remorse; no capacity. 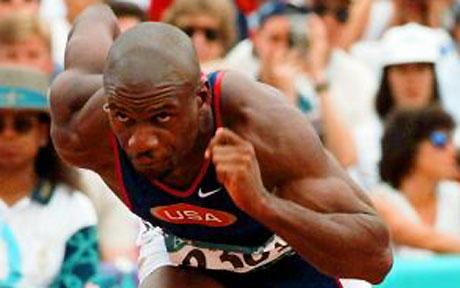 So, last week brought us another moral drama in the world of sports; this time Track and Field. My former employer, USA Track&Field, named Dennis Mitchell to coach its sprint teams at the IAAF World Relay Championships in the Bahamas. Mitchell, a former Olympic gold medalist in 1992, tested positive for elevated testosterone levels in 1998. At the time, he screamed bloody murder and said his elevated testosterone was “natural”. He famously insisted that his incredibly high ratio of testosterone to epitestosterone was due to “five beers and sex with my fiancé”.

Mitchell was suspended by USATF, but on appeal, was reinstated. His two year international ban was upheld, however. Ten years later, Mitchell finally ‘fessed up. He gave testimony in the BALCO labs case and admitted that his coach Trevor Graham had, among other things, injected him with human growth hormone [HGH]. In the late ‘90’s Mitchell was an advisor to Marion Jones and, today, is the coach of Justin Gatlin.

[Tweet “Dennis Mitchell is NOT a “convicted doper”. He tested positive and was suspended. Period.”]

The chat rooms on the internet caught fire. How could we appoint a “convicted doper” to represent our country? The phrase is used over and over. I don’t mean to be a semantic nit-picker but Mitchell has never been “convicted” of anything; he tested positive and was suspended. This is an administrative transgression and not a crime. My friend, Juliet Macur, in her Sports of the Times, column last Thursday wrote, “ Here’s what we shouldn’t do: name someone like Dennis Mitchell to represent the United States when he has never publicly atoned for his doping or even attempted to prove to the fans that he has been reformed”.

There are two facts that are undeniable. One, he is a hell of a sprint coach. And two, he is “in good standing with the US Anti-Doping Agency” [according to my former colleague Jill Geer]. The problem with Mitchell is he never said his mea culpas. He never took a tip from Augustine’s Confessions. And, I’ll bet, he never walked barefoot in the snow.