DISCLAIMER: This article contains frank discussions of controversial topics. You can choose to read it, or not read it.  You can agree, or disagree with the author.  Be civil, and no profanity is allowed.

To read more about his background and involvement in Track, Soccer, Rugby and the Music industry, read my Freelap Friday Five Interview This is his 53rd article – yes, that’s over ONE FULL YEAR for those who read his articles religiously every Thursday. Click here for his entire series 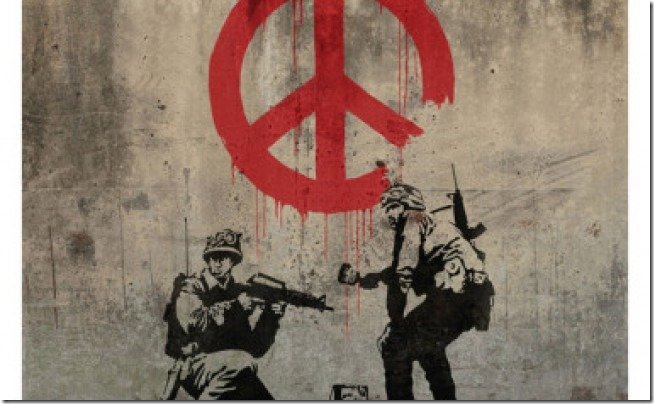 Mesopotamia is in flames, again. Just as we finally are extricating ourselves from the miasma created by the Bush era Neo-Cons, we are now facing a renewed carnage. The trans-national cohort, the Islamic State in Iraq and Syria [ISIS], has made military advances in Syria, Lebanon and Iraq, and threatens the very existence of the Iraqi Shiite-led government we left behind. ISIS, a Sunni faction, now holds a crescent of territory from Aleppo to the outskirts of Baquba.

These invaders, whose ranks include al-Qaeda affiliates, have been particularly brutal as occupiers. In the past 24 hours they have summarily executed over 1,700 members of the Iraqi military and civilians in Tikrit. As they expand their reach, they have instituted a rigid form of Sharia law. They have managed to “liberate” nearly $1 billion in cash and gold from local banks, a sum that will keep them in bullets and hummus for a long period.

How did this happen? Well, the taciturn Iraqi Prime Minister, Nuri Kamal al-Maliki, has done nothing to reconcile his noxious politics with Sunni Arabs and Kurds. If anything, he has increased his regime’s antipathy towards his political rivals and is now paying the bloody price.

This is our guy. Just as Batista was, and Mubarak was, and Sukarno was, and Diem was, and Pinochet was. The reality of the region is that everybody hates everybody, and they mostly hate the Great Satan, the United States and, of course, Israel. It brings to mind a 1958 Kingston Trio ditty, “Merry Minuet”:

The whole world is festering with unhappy souls

The French hate the Germans

The Germans hate the Poles

The ridiculous outcome of this saga is that we are now faced with the same common enemy as Assad in Syria and the mullahs in Iran. We are even contemplating joining military forces with the same nation we were recently threatening to bomb into smithereens over their nuclear science.

We have damn few options. After a decade of ill-conceived adventurism our armies are exhausted and our diplomacy is in disarray. We have screwed up even the little things. We constructed a multi-billion dollar embassy in Bagdad to house the thousands of bureaucrats and contractors we have stationed there; somehow thinking the city would be safe as London or New York. Given the volatility of the region, we probably should have fabricated tents. Bagdad is about to go under siege and the American taxpayer will have underwritten another folly. Didn’t we learn our lesson with the precipitous evacuation of our embassy in Saigon forty years ago?

Why do we get ourselves in these messes? The answer is simple. It is because our weasel politicians, of both parties, have conned us into thinking we can do this stuff for free; no blood, no cost. When we instituted the Volunteer Army and abolished universal conscription we morphed into a nation whose wars are fought by a “warrior class”. Only about five percent of our citizenry is directly impacted by having a family member in uniform. For the rest of us, the foreboding of having a child in harm’s way is an abstraction. It does not affect us.

In addition, we allowed a Republican President and a Democratic Congress to lead us into two wars that we did not pay for. That’s right; in a feat of accounting legerdemain, we fought two wars “off-the-books”. We went to Vegas on the public credit card and lost our ass at the craps table.

I have two simple solutions. And, neither has a snowball’s chance in hell of passing.

First, reinstate the draft. Every young person, age 22, male or female, rich or poor, black, white or brown, must serve two years of military or other public service. No deferments for education. They just have to experience a “gap” two years. The Israelis and the South Koreans have two excellent models. The outcome will be that all of us will have a “skin in the game” in the event of military action. I can assure you the level of testosterone in decision-making when facing a war will be diminished and more prudent options will be considered.

The second solution is an automatic income tax surcharge of 5% on all incomes in the event the President commits troops to foreign soil for over 60 days. This “war tax” shall stay in effect until the action is paid for. Everybody pays. No exceptions.

I have resisted suggesting other more mischievous ways we can enhance our power as a nation while solving some of our social ills. One is to establish a combat brigade composed exclusively of children of members of Congress. Or, given their love of weapons, an NRA Brigade, which would be the first committed to hostilities. Or, we could have a Gang Banger Brigade, composed of Crips, Bloods and the Aryan Nation.

The reason we still don’t get it is that we continue to be led by naïfs. They become obsessed by autocratic strong men whom they think will act in our self- interest. And, when they realize they are acting in their self-interest, they are shocked. Then they commit the blood of our kids and our national treasure.