He is an Adjunct Professor of Sports Management, at New York University. He was the CEO for USATF from 2008 until September 2010.

To read more about his background and involvement in Track, Soccer, Rugby and the Music industry, read my Freelap Friday Five Interview This is his 54th article – yes, that’s over ONE FULL YEAR for those who read his articles religiously every Thursday. Click here for his entire series 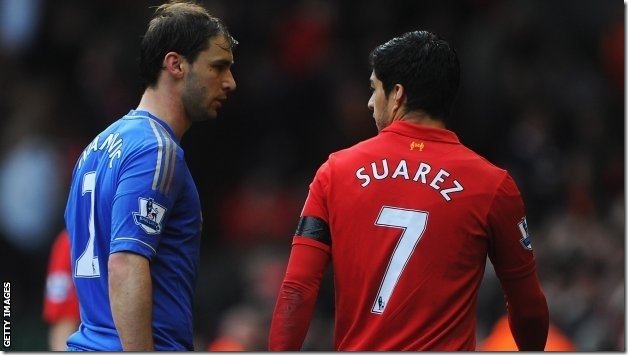 This post was going to be about Pat Riley.

Last week the slicked-back honcho of the Miami Heat conducted a one-hour press conference with the virtuosity of Sir George Solti. He gave an uplifting summary to the past four years of the team’s accomplishments in the “Big Three” era. He challenged his stars to stay together and leave a dynastic legacy. He channeled the lyrics to an old James Ingram love-song, “Just Once”, to discourage a breakup. In a phrase, he was just brilliant.

I have always found it hard to muster much enthusiasm for the guy. I am clearly jealous. At 69, he has the rugged good looks of a matinee idol. He has the same aura about him that Paul Newman, James Garner, Ricardo Montalban and Sean Connery exuded, with much better hair. A former All-American basketball player at the University of Kentucky, he has been a journeyman professional athlete, a clever coach, and now, an astute sports executive at the prime of his powers. With a net worth of over $80 million and a base in South Beach, this up-state New York native is recognized as one of the leaders and “king-makers” of the NBA.

The press conference I tuned in to was to have been his opening salvo in the campaign to keep his stars in the fold. He was using the press to convey to his minions the message that he loved them, had their best interests at heart, and possessed the skills and the salary-cap flexibility not only to hold the team together but make them even better. He challenged them to have “the guts” not to leave by the first available door.

Can’t we find a way to finally make it right

To make the magic last for more than just one night

If we could just get to it.

I know we could break through it

A master manipulator at work! But, suddenly this week the tide turned. LeBron James returned from a short vacation after the NBA Finals and upset the establishment applecart. He announced that he was going to opt out of the remaining two years of his Heat contract and seek free agency. He was going shopping. He would listen to Riley, but also to Chicago, Cleveland, Los Angeles, Houston and any other place that would put the human resources together to give him the best chance to win his third [and fourth and fifth and…] ring.

There should be no question that the balance of power in the NBA has shifted dramatically from management to labor. In days gone by, a Jerry West could “steal” a Kobe Bryant and a Shaquille O’Neal and build a dynasty. Danny Ainge could maneuver the acquisition of Kevin Garnett and Ray Allen to join Paul Pierce and win a championship for the Celtics. But now, the guys with the leverage are the superstar players and their agents and managers. With Carmelo Anthony joining James in free agency, these two men are going to control the off-season agenda for the weeks to come. A key string-puller will be Maverick Carter, LeBron’s childhood friend, partner and business manager. This, relatively unknown, twenty-something year old has more power than Riley. To the consternation of the establishment, the process of re-alignment will be a circus. But, to quote Truman Capote, “The dogs will bark, but the caravan rolls on”.

Then there is World Cup. What a beginning! I admit my prediction that Spain would repeat was incredibly wrong. The defending champions were exploited for being too old, too slow and in desperate need of reinvention. The run was great while it lasted.

The teams from the Americas are dominating. Costa Rica has amazed in Group play, and Argentina and host Brasil seem poised to go deep in the Knockout rounds. Even the Americans have shown some “bite” [probably poor choice of words] in their first two matches. It will take a herculean effort to defeat either Germany or the Netherlands the way they are playing.

Leading the individual scoring at this writing are Messi, from Argentina, and Neymar Jr. of Brasil with four goals each. The two Barcelona teammates are seemingly scoring at will. Messi is finally delivering for his national team the magic he brings to Barca, while the 22 year old wunderkind, Neymar da Silva Santos Jr. is electrifying his countrymen with his dancing on the ball.

This gets us to Luis Suarez of Uruguay. In my Cup preview post two weeks ago, I joked about him as an on field vampire. He has a previous history of reacting to stress in a puerile way and biting his opponents. He did it in the Netherlands in 2010 while playing for Ajax, and again in 2013 while on the field for Liverpool. So, what does he do in Uruguay’s match against Italy’s Azzurri? He bites the shoulder of the Italian defender Chiellini as they tousled in the box.

No need to chew on this disciplinary decision. FIFA should ban him; certainly for the rest of this tournament, and maybe for life.