To read more about his background and involvement in Track, Soccer, Rugby and the Music industry, read my Freelap Friday Five Interview This is his 53rd article – yes, that’s over ONE FULL YEAR for those who read his articles religiously every Thursday. Click here for his entire series 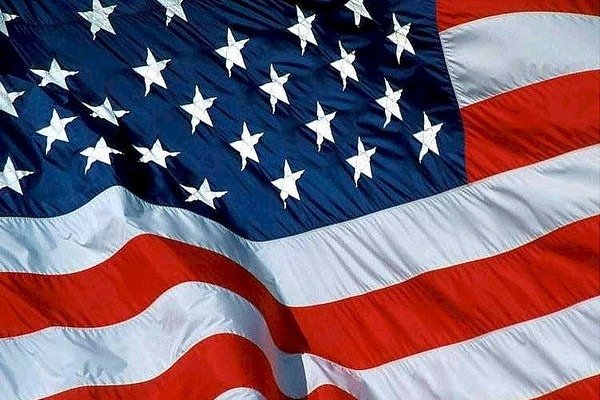 I hate fireworks! I hate to watch them; hate the sound of them; abhor the smell of them. To me, they are a clumsy civilian attempt to benignly recreate a mortar attack. I went through the real thing and I don’t consider this ersatz depiction of warfare entertaining, inspiring, amusing or even patriotic. Pyrotechnics, to me, are reminders of terrifying days, and seem to be designed to placate those who led a safe existence during times of war. The worst is the smell of cordite and burned black powder. They say smell is the strongest of the senses and the smell of explosives triggers memories that I work hard to keep repressed.

That’s my Independence Day rant. Yes, the 4th of July is Independence Day. Not Decoration Day, for that is also Memorial Day. I can’t tell you how many people get the day confused. Maybe it’s because the masses seem compelled to decorate themselves in ugly clothing in the national colors and decorate their homes with bunting, flags and pseudo-flags. I actually do a bit of that myself.

As the day approached I became intrigued with a concept, or more accurately, a value, that is related to patriotism; the concept of duty. I guess it started when I purchased Robert M. Gates’ terrific memoir titled, Duty. You know, as in “Duty, Honor, Country”, the motto of West Point. Many of us of a certain age, particularly those of us who were raised by a Dad who served in combat in World War II, were taught the values associated with duty. Duty to God, duty to country, duty to family, duty to our neighbor.

Early indoctrination into the concept of duty came from family, but also from church. There were those things that were implored not to do; the Commandments. But, there were also things we were required to affirmatively do. The Beatitudes, from Matthew, took eight precepts from the Sermon on the Mount [“Blessed are the meek…the merciful…the peacemakers, etc.”] and encouraged a dutiful life. The Works of Mercy, also from Matthew, instructed us that we had a duty to “…feed the hungry, instruct the ignorant, counsel the doubtful, house the homeless…” and ten other responsibilities of leading a moral life.

The Boy Scouts have become very passé in recent years. They have brought a lot of that on themselves with their institutional homophobia. But, for those of us who enthusiastically participated in scouting, we were given yet another dose of the requirements of duty.

The concept seems to have been diluted more than a bit over the years. In certain cases it has been replaced by a new-fangled thing called “social responsibility”. But, it’s not the same. Social responsibility implies making an intellectual choice based on facts and answered questions. Duty is duty; protect and defend; love my neighbor; my country, right or wrong, but my country.

In my family, I was taught that the privilege of citizenship required four absolute duties. The duty to pay my taxes honestly. The duty to serve as a juror when called. The duty to vote at every election. And, the duty to join the armed services or respond to civil service when beckoned. In my lifetime I have seen erosion in those values. Americans brag about cheating on their taxes. They lie and connive to avoid jury duty. Voting turnout in American elections is shameful and among the lowest in the civilized world. And, starting with Vietnam, service in the Armed Forces has been limited to a certain “warrior class”. I can’t tell you how astounded most people are when I admit I enlisted in the Army in 1964.

As for serving the nation by taking a government job, contemporary pundits and demagogues demonize our public servants by excoriating them as bureaucrats, or worse. It’s a wonder patriots like Bob Gates serve as unselfishly as they do.

In Vietnam on March 11, 1967, I was leading a convoy of howitzers down a road to a firing position to support an infantry unit that was pinned down by enemy fire. I was in a jeep driven by Sgt. Ray Boehm, a scrappy kid from upstate New York. We were suddenly ambushed by automatic weapons fire coming from a village. I instinctively told him to drive directly into the incoming fire. He did not hesitate; he made a 90 degree turn and gunned the jeep. I returned the fire and threw four grenades, ultimately silencing the ambush.

As is usually the case, I, the officer, was awarded the Bronze Star Medal with “V” device for Valor; Boehm, the enlisted man, got a pat on the back. I was quick to praise him at the award ceremony on April 13th. When I commended him for his quick and courageous acts he responded in a way I will always remember.