He is an Adjunct Professor of Sports Management, at New York University. He was the CEO for USATF from 2008 until September 2010.

To read more about his background and involvement in Track, Soccer, Rugby and the Music industry, read my Freelap Friday Five Interview This is his 55th article – yes, that’s over ONE FULL YEAR for those who read his articles religiously every Thursday. Click here for his entire series 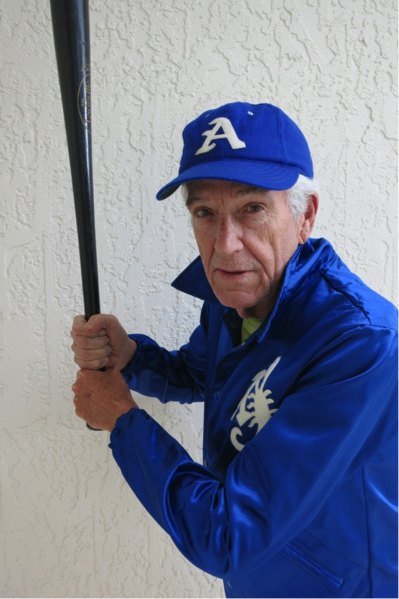 This is not a post about partisan politics between the states. Nor is it a couplet about roses and violets. This writing is my tribute to Cuban beisbol and the greatest game ever played in the Caribbean. It is also about my brother, Max.

Cuban baseball players have been an integral part of the Major Leagues for the last 100 or more years. Next week, when MLB conducts the annual skills circus, called the Home Run Derby, two Cuban sluggers will anchor their respective squads: Yoenis Cespedes, of the Oakland A’s for the American League, and Yasiel Puig of the Dodgers for the Nationals. The rosters of MLB, over the years have included “Minnie” Minoso, Luis Tiant, Adolfo Duque, Martin Dihigo, Conrado Marrero, “El Duque” Hernandez, Tony Oliva, Rafael Palmeiro, “Chico” Carrasquel, Fermin Guerra, Camilo Pascual and countless other stars.

And baseball has been as integral to the Cuban psyche as futbol is to Brasil. To this day, one can participate in a marathon discussion group around a bench in the Parque Central in la Habana, where dozens of beisbol cognoscenti spend their days and nights knowledgeably arguing about arcane aspects of the game.

See also  My Favorite Track and Field Stadiums (and strange ones)

I had a front–row seat to the drama that ended the 1946-47 Cuban league season. The league of four rivals, Almendares, Habana, Cienfuegos and Marianao, had moved into a new stadium, the Gran Estadio in the El Cerro district. The stadium was built by two wealthy insurance executives, Bobby Maduro and Miguelito Suarez, close friends of my grandfather, Mario Gonzalez de Mendoza. The four teams played a dizzying series of round-robin double-headers during the winter months. The Rojos of La Habana had been in first place for most of the season, and led Almendares by six games with eleven days to go. With a late surge, Almendares caught their “eternal rivals” in the last days of the season, and the deciding game for all the marbles was played on Tuesday, February 25, 1947.

My grandfather [“Papi” to me, “Mayeya” to his friends] was a part owner of Almendares. He and a group of his Vedado Tennis Club buddies, including his best friend, Dr. July Sanguilly, purchased the team in 1944 for the sum of $17,500.00. The team had been losing money but in relatively short under the new partners the team was earning profits of over $200,000.00 per year. Under the managerial hands of Adolfo Luque, “Papa Montero”, the team was competitive every year

While the league was composed of four teams, the real rivalry was between Habana, and Almendares; the Lions versus the Scorpions; the Reds versus the Blues. This was a rivalry far more fierce than Yankees/Red Sox or Dodgers/Giants. This was more like Sunnis versus Shias. The only rivalry in sports that I can compare it to is Celtics [Catholic] versus Rangers [Protestant] in soccer in Scotland. This Cuban rivalry had more than a bit of religious overtones.

Cuba was, and is rife, with the worship of African deities, a voodoo-like practice known as Santeria. The colonial slave owners forbid the religion, so the slaves substituted the names of Catholic Saints for their gods. Red, fiery Santa Barbara was associated with the Afro-Cuban god, Chango, while blue was the color of Ochun, and also la Virgen de la Caridad del Cobre, a mulatto virgin, and the patron saint of the island. These two teams traced their origins to the 1860’s and fanaticism was passed down from generation to generatio. Reds versus blues; a fight to the death.

On the day that the deciding game was to be played, my mother, Isabel, who was pregnant, began to go into labor. There was no way the males in the family were going to miss the game. They dispatched my mother to the hospital with my grandmother and the trusted chauffer, Gustavo. They, then, went on to the ballpark. My mother always told an exaggerated story about not getting any attention from the hospital staff. She claimed the doctors and nurses were all huddled around a radio listening to the game.

The crowd at the game included some celebrity fans. The Dodgers had arrived on the island on February 20th to conduct Spring Training. This was Jackie Robinson’s rookie year and the O’Malleys did not want to subject their prize, history-making rookie to the racism in Florida in his first season. In addition to Robinson, other luminaries included the pompous Branch Rickey, the GM of the Dodgers and Leo Durocher, the manager, and his actress wife Laraine Day.

Led by skipper Dolf Luque, the Almendares Blues beat la Habana that day by a score of 9-2. Luque used his gringo pitcher, Max Lanier, on only 48 hours rest. The veteran of two World Series with the Cardinals went the distance, only giving up six hits. That night he was on a plane to his home in St. Petersburg, FL.

After Lanier registered the last out, pandemonium broke out. Gambling was legal in the stadium and the pitcher was mobbed by gamblers who stuffed “tips” into the pockets of his uniform [reportedly over $1,500.00 worth]. A group of fans immediately went to the flagpole and lowered the Cienfuegos pennant and replaced it with a huge Almendares “A” flag. A group of fans ran towards El Prado Boulevard and put an enormous bucket over the head of one of the marble lions that adorn that elegant avenue.

My father, grandfather and numerous relatives caravanned to the hospital maternity ward to see my mother and brother, who had made his entrance during the game. Smoking a huge cigar and drinking champagne from the bottle, “Papi” insisted that his newest grandson had to be named Max Lanier Logan. My mother said absolutely not; his name was George. However, to his dying day, four years later in 1951, my grandfather always called George, Max.

That version of Cuban baseball played its last game in February, 1961. Fidel nationalized the league and completely restructured it, removing the old venerable names. However, rumor has it that political prisoners in the penitentiary on the Isle of Pines formed a league of recreational baseball teams. They had four teams and used the names Cienfuegos, Marianao, la Habana, and Almendares.