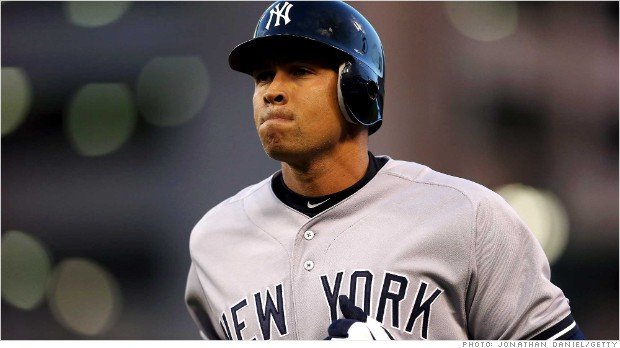 Major League Baseball [MLB] does some things very right. They have a talent and a knack for creating and producing what I call “spectacle”. Their league-managed events are classy, emotive and usually pitch-perfect. They avoid patriotic overkill, hip-hop bombast and scantily clad performers. Their All Star Game, played last Tuesday night at Target Field in Minneapolis is the latest example of their skills.

The story line of the game was that it was NY Yankee living legend Derek Jeter’s final All Star Game, capping an illustrious 19 season career. He received a robust ovation during the player introductions from fans and players. Then, MLB did some magic. They introduced 30 star school teachers, one each from their franchise cities, and marched them on the field. All Star teachers together with All Star players. What great symbolism for a sport that is reaching for a younger demographic! This was followed by the incredible Idina Menzel, she of “Frozen” fame, who sang a beautiful version of Bob Dylan’s Forever Young, backed by a string ensemble. Again, those symbols. Dylan [born Robert Allen Zimmerman] hails from Hibbing, Minnesota. And, the state is home to the St. Paul Chamber Orchestra, famous for its string section.

Menzel hit it out of the park again with her rendition of the national anthem. It was sung on-tune with a beautiful voice and without the cheesy, free-lance artistic license many contemporary pop artists take with this simple former drinking song. The commercial aired by the “Air Jordan” apparel line prior to Jeter’s first at-bat was wonderful. This tribute to their endorser was produced by Spike Lee and titled RE2PECT. Search for it on YouTube. The game itself was also magical. Jeter went 2 for 2, scored a run, and a local kid, Glen Perkins, got the save in his home ballpark.

However, MLB, even more frequently, gets things really, really wrong. A case in point is the latest information recently revealed about that other Yankee infielder, Alex Rodriguez, and his long history with Performance Enhancing Drugs [PEDs].

A new book, Blood Sport, was published this month about baseball’s attempt to end the “steroid era”. The authors, Tim Elfrink of the Miami New Times, and Gus Garcia-Roberts of Newsday, go over the sordid chronology of this cesspool. Most of their documentation has been reported previously by others. However, there is one bombshell fact that is now being revealed for the first time.

There have been suspicions, and in some cases proof, that Rodriguez has been using PEDs since his junior year of high school. A journalist who I admire, Selena Roberts, documented this chemically soaked life in her unauthorized autobiography, A-Rod, and anecdotally it appears that this superb athlete has been medicating himself for all his adult life with impermissible potions. The Poet Laureate of my generation, Leonard Cohen, has a great song titled Everybody Knows. Well, everybody does know.

What everybody doesn’t know is that for two years in Rodriguez career this guy was using a powerful anabolic steroid and a growth hormone known as hCG. And, get this, he was doping with the permission of Major League Baseball. That’s right, the league that excoriated him for PED usage in 2003, and then again in 2013, actually gave him permission to use PEDs in 2007 [when he was the MVP, surprise, surprise] and 2008. Incredible!

It seems that in the cozy deal struck between the league and the player’s union regarding testing, one can apply for what is known as a “therapeutic use exemption”, and the request and the determination are ostensibly confidential. Rodriguez applied for the exemption, claiming he was suffering from hypogonadism [a dearth of testosterone], and, in spite of his history, received the exemption.

The exact wording of the application is not available. My fertile mind says it had to say something like this:

“Major League Baseball is fully aware that the applicant, Mr. Rodriguez, has branded himself as A-Rod. This brand is worth upward of a quarter of a billion dollars. Without this exemption, Mr. Rodriguez is a C-Rod, or at best a B-Rod. The applicant would suffer irreparable financial losses in the event this exemption is not granted…”

Come to think of it, if I were dating Madonna, or Cameron Diaz, I would need all the help I could get; steroids, human growth hormones, bronchial inhalers and even some of those enhancement things that are advertised in the pile of stuff in my spam folder.

So, Major League Baseball is left looking stupid, hypocritical, and as an enabler of the very behavior it trumpets is so pernicious.

That’s why we should get rid of all the doping rules and the doping cops in sports. The institutions of sports have no expertise, little ability, less desire, and not enough resources to take on this war that is already lost. We are past the urine tests to check for weed and cocaine; we are past the steroid and human growth hormone era; we are beyond blood spinning. We have now entered into the era of peptides, strings of amino acids such as GHRP-2/6 and CJC-1295, and other new wonders. The Keystone Kops we have in the executive suites of sports teams and leagues don’t have a clue. But, athletes, coaches and agents do.

The use of drugs should be an issue between an individual and his or her doctor. Those who use illegal drugs or who consume legal drugs in an unlawful manner should be charged, prosecuted and punished to the full extent of the law by law enforcers. Everyone else should get out of their way.