This is his 55th article.  Click here for his entire series. 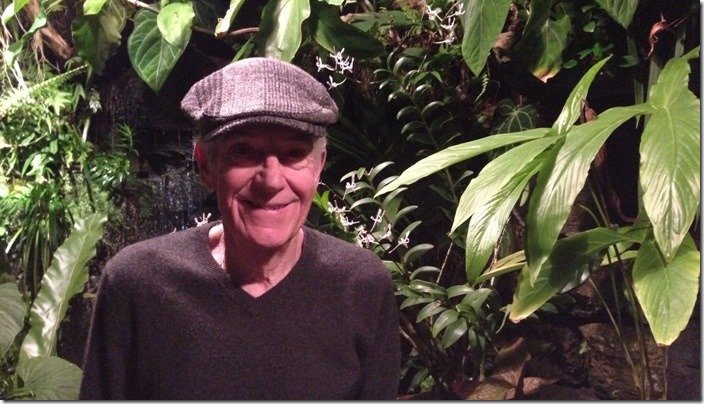 One evening last spring I was multi-tasking: reading while absently having one ear tuned to The Voice on NBC. I suddenly became transfixed on a beautiful duet that was performed by Adam Levine and Christina Grimmie. The song was Somebody That I Used to Know, and the performance and the arrangement became my favorite song cover of 2014. The original, which I had heard before, was written and performed by Gotye, a Belgian and Australian singer-writer, and it appears on several dance compilations. By the way, and based on this performance alone, Grimmie should have won this year’s competition.

Covers are a curious element of contemporary music culture. Who would want to copy someone else’s work? Should the copied artist feel honored or pissed off? For the most part, covers fall short in their re-interpretation of the original. However, occasionally some covers meet the quality and excellence of the primary offerings and in some instances surpass them. Following are my Top Twenty song covers. I will list 19, in no particular order, as the song above has made my list.

1. I Can’t Write Left Handed, by John Legend and The Roots, original by Bill Withers

A wonderful rendition of the anti-Vietnam War ballad, relevant today in our post Iraq/Afghanistan funk. I heard Withers sing the original in Carnegie Hall in 1973. Legend has a facile, mournful voice that plaintively expresses the sorrow of the tune. The Roots are The Roots.

2. All Along the Watchtower, by The Jimi Hendrix Experience, original by Bob Dylan

Both versions date from 1965. Rarely does the original artist think so much of the cover that he starts aping the copy. Once Dylan heard the Hendrix version, he changed his arrangements.

Ironic, in that the old guy sings the young guy’s song. Saddest music video I have ever watched. Cash “nails” Trent Reznor’s misery as a heroin junkie.

This is a song that was born to be a reggae standard despite being written by a Jewish kid from New York. I heard it for the first time in the mid ‘60’s at a songwriter’s showcase in a Greenwich Village café. I teased Diamond, once, that I used to watch him perform for free.

5. Hotel California, by the Gipsy Kings [Big Lebowski Soundtrack] original by The Eagles

I love the original but the cover is off the hook. You owe it to yourself to hear it and to hear the Spanish words in the song pronounced with the right accent.

6. Love the One You’re With, by the Isley Brothers, original by Stephen Stills

The Isley’s rock out with their version of the CSNY syrupy original. However, in 1981 at a private party on the Riverboat President in New Orleans, I heard Stills do a 22 minute version with a back-up band. Three ladies on the dance floor were so enthralled that they were compelled to bare their breasts.

This song, which is not religious, and in many ways sexually suggestive, has been covered by hundreds of artists. It became an anthem following the 9/11 bombings and has inspired a book, The Holy and the Broken, by Alan Light. Buckley’s is my favorite cover, although my good friend, George V. says I’m crazy and the best is by k.d. lang. Cohen has written as many as 60 verses.

8. Take Me to the River, by Talking Heads, original by Al Green

These three, whitebread kids who played the punk scene at CBGB’s in the ‘70’s achieved their soul music bona fides with this cover.

9. I Will Always Love You, by Whitney Houston, original by Dolly Parton

Parton’s parting words to a former lover were tearful while Houston’s version knocks your socks off.

Another song that has been covered by a ton of artists. Like this version much better than the one by Sammy Davis, Jr. Simone is one of my favorite female singers.

11. The Man Who Sold the World, by Nirvana, original by David Bowie

Nirvana’s “Unplugged” sessions were memorable for their many covers. In my book, this is better than the original.

I heard this cover at a live performance in the LA Forum and became convinced of the band’s virtuosity, despite Axl Rose’s shenanigans. Dylan’s second entry into my list.

13. Jolene, by the White Stripes, original by Dolly Parton

Parton also rates a second entry. Jack White does something very tough on the cover version. He sings a part originally sung by a woman in a love triangle and makes it sound authentic and credible. The versions were published 27 years apart.

14. Walk This Way, by Run-DMC, original by Aerosmith

This one is a bit of a ringer in that Steve Tyler and the boys perform on the cover. This takes hip-hop “sampling” to another level. On paper, the fusion of white, bar-band and rappers does not work. This does.

15. Killing Me Softly, by Lauryn Hill, original by Roberta Flack

In my drinking days I remember playing the original over 50 consecutive times on the juke box of a road house in Harrisburg, PA. This version is even better.

Most people would probably say that this was Aretha’s song…and it is. However, Redding recorded it first.

These girls sing this rollicking standard with more oomph.

18. Gloria, by Patti Smith, original by Them [with Van Morrison]

This is very different and much better than the original. It has the memorable opening line, “Jesus died for someone’s sins, but not mine”.

No list of song covers can avoid this song. Covered at every wedding, bar mitzvah, college mixer, and every bar with live music in America. If you can’t cover this you won’t get the gig.