This is his 57th article.  Click here for his entire series. 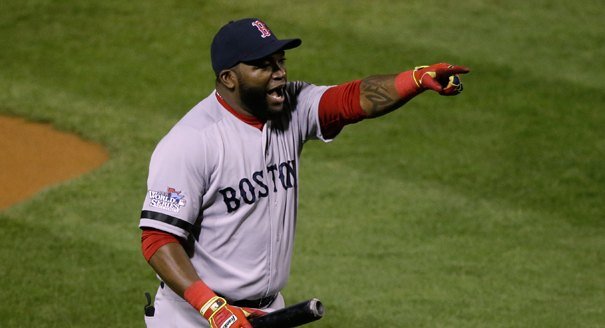 It was a week of unwritten rules. They caused two brouhahas in baseball and one split-decision in the federal court system. The controversies are not over, not by a long shot. The two baseball incidents will probably be followed by a period of antagonism and “bean balls” between the parties while the legal imbroglio will, in all likelihood, be umpired by the supposedly impartial solons in black robes at the Supreme Court.

The sport of baseball has long had a code of on-the-field conduct that is outside of the rule book. Part of this code regulates strange umpiring practices. The “vicinity play” is one of them. A runner is deemed out if the short-stop or second-baseman comes close to tagging the base when making the turn on a double play [if he is in the “vicinity” of the bag]. The runner is not afforded the same courtesy if he does not touch the bag while running the bases. Other violations are related to ostensible “courtesies” that players “owe” one another based on respect.

One incident this week took place last Sunday in a game between the Boston Red Sox and the Tampa Bay Rays. David “Big Papi” Ortiz drove in all three of the Boston runs in the third inning with a monstrous home run [Boston prevailed 3-2]. After launching the ball into orbit, Papi elegantly flung his bat and proceeded to take a slow trot around the bases. This is a “no-no” in baseball’s arcane protocol. You are not supposed to “show-up” the opposing pitcher in this manner even though sluggers have been performing this mincing minuet for decades [Babe Ruth is considered the prima ballerina of this art form]. After the game the offended pitcher, the young Chris Archer, made some references to Ortiz and how he does not “respect” the game. There is sure to be some “chin music” by both pitching staffs in their next contest.

The other baseball incident was a bit stranger. It could be called the “Tale of the two Colbys”. In a game where the Texas Rangers were losing to the Toronto Blue Jays by the score of 2-0 in the fifth inning, the Blue Jays’ left-handed outfielder, Colby Rasmus came up to bat with two outs against Ranger pitcher Colby Lewis. The Rangers employed a shift: that is, they shifted their infield around to the right, leaving the third-base line unguarded. Rasmus did what any ballplayer who is exploiting a weakness would do under the circumstances. He laid down a perfect bunt down the line and legged it out for a single. Lewis immediately began to holler at Rasmus, saying his actions were “selfish” [?] and that he “had no respect for the game”. This is all a bit confusing because the bunt is a legal play that is intended to exploit defenders out of position. However, the basis for Lewis’ anger is obvious. He was “shown up” and thought that he was being disrespected. It will be interesting to see how close to Rasmus’ head the next pitch the Rangers throw at him will be when they meet again.

In the game of politics there is no doubt about the lack of respect the two sides have for one another. When it comes to the red meat issues [Immigration, Abortion, Gun-Control, Obamacare, Same Sex Marriage, Benghazi, School Prayer, Taxes, Minimum Wage, Common Core, etc.] Republicans and Democrats downright lie about the other’s positions, fabricate evidence to support their views and turn a deaf ear to one another. The unwritten rule is to stand firm, without the hope of compromise, for to waver will invite disrespect.

On July 22nd, challenges to a key provision of the Affordable Care Act [Obamacare] were heard by two different federal courts. A three judge panel [2 Republicans, 1 Democrat] of the District of Columbia Federal Appeals Court ruled that the law does not permit the government to provide subsidies to participants in the federal exchanges. Two hours later, three judges [all Democrats] on the Fourth District Court in Richmond, VA ruled the exact opposite. These conflicting rulings almost assure us that these cases will be appealed to the polarized Supreme Court. The mind –boggling result will probably be that one, Roman Catholic, white, former lawyer [either Justice Roberts or Justice Kennedy] will decide the medical destiny of over 300 million Americans.

There is no doubt that there is some ambiguous and possibly conflicting language in the 1,000-plus page statute. You would think our eminent legislators could stop raising campaign money long enough to get their intent down on paper in a clear, direct way. The unwritten rule for jurists in these circumstances is to determine that intent. Given that an adverse decision clearly decimates the Act, the determination of intent is not that hard to divine. But, politics sometimes produces strange results.

Now if only we had a way for the Democrats and Republicans to face each other in a baseball game. Then we could resolve the “respect” issues with baseballs thrown to each other’s heads, rather than putting the health of all this nation’s citizens in jeopardy.